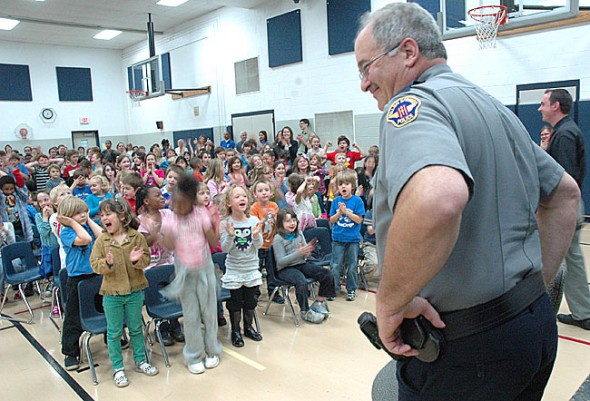 Students think Police Chief Grote is “awesome like a possum”

Yellow Springs Police Chief John Grote spoke for several minutes before he had to give up the microphone. “I have to stop before I lose it,” he told the entire student body at Mills Lawn School yesterday during a special farewell the kids, teachers and staff held in honor of his retirement this month after 25 years on the local police force.

Students from kindergartern to sixth grade filled the gym to sing the praises of the man who for the past decade has stood outside their building every morning, rain or shine, to usher them safely to school. Mills Lawn student council read him a poem, in which they said he was “awesome like a possum.” Mills Law Safety Patrol students, who work with police to provide crossing guard service to their fellow students, told him how much they had learned from him and enjoyed feasting on their Friday donuts. Students in each grade presented Grote with a signed paper badge, and the school presented him with a banner of thanks for his service, signed “Love, Mills Lawn School.”

Grote told the students that helping them to school in the morning was his favorite part of being a police officer in the village. And he thanked students too for all the cards and well wishes he received in the hospital after a heart attack last year. “That’s what helped get me through it,” he said, shortly before the gym erupted in a standing ovation and a wave of students who rushed forward to get a hug and say a few words before leaving for the day. Many were upset to be saying goodbye to such a good friend.

Grote was also honored at a Village reception at the Bryan Center earlier in the day, along with Water Plant Operator Ted Dunevant and Greg Jones of the Village street crew, both of whom are also retiring from public service this spring. 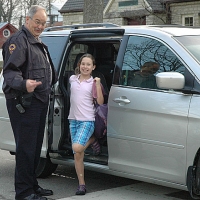 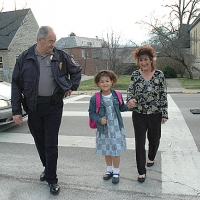 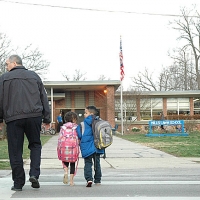 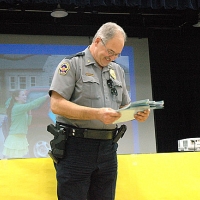 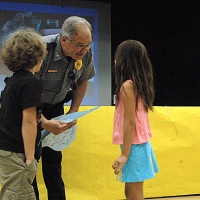 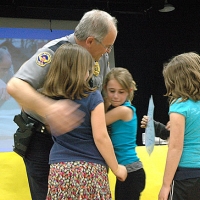 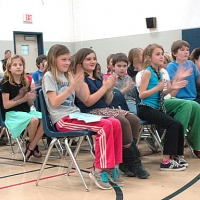 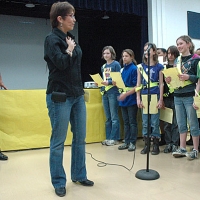 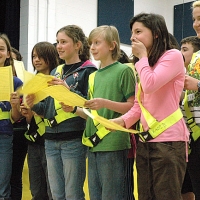 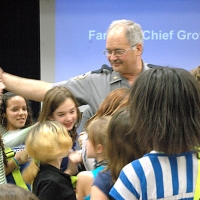 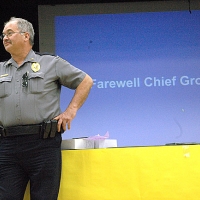