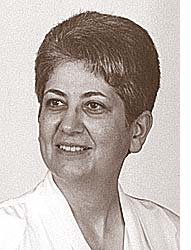 Helen Dunham died on Nov. 16, following surgery related to a heart attack four days earlier. Settling in Yellow Springs in 1986, she shortly began teaching piano in her home, which continued without interruption until her retirement this past summer. Since graduating from college as a music major, she has nearly continuously followed a church music career, holding positions as an organist and/or choir director in Oregon; West Virginia; Lancaster, Ohio and two cities in Ontario. Concurrent with her piano teaching in Yellow Springs, she had, for the past 24 years of her life, been the organist at Trinity Lutheran Church in Springfield.

Helen enjoyed many notable times in her music career, particularly in the two Canadian cities of Toronto and Sault Ste. Marie. But the Yellow Springs and Springfield experience, coming at the last quarter century of her life, were especially rewarding. In this period, she studied piano with Don Hageman, a Dayton professional pianist, whom she credited with improving her technique and making her a better teacher.

Something of a health aficionado, Helen adopted a vegan diet a few years after coming to Yellow Springs. She enjoyed walks in Glen Helen and the Women’s Park, as well as the campuses of Antioch College and Wittenberg University. Interested in keeping trim, she became a charter member of Yellow Springs Curves, a woman’s exercise club, and had a practice of following its workout program three times per week — an active life that made her heart attack remarkable.

Her ashes and headstone will be placed in the Glen Forest Cemetery, just north of the village.

A memorial service will be held on Wednesday, Nov. 28 at 6 p.m. at Trinity Lutheran Church, located on Sunset Avenue in Springfield.

One Response to “Helen Dunham”