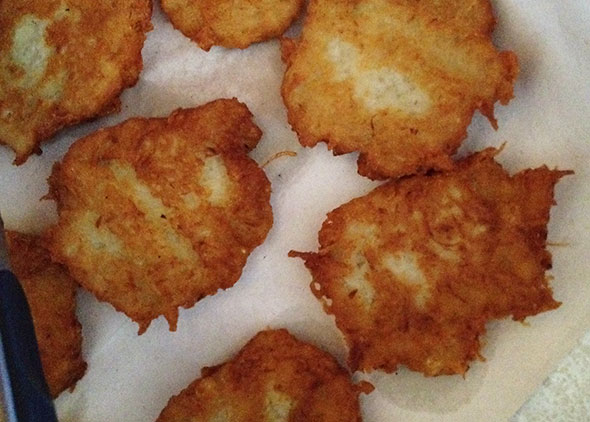 Friday, as tragic events unfolded in Connecticut, my husband and I were by chance exactly where any parents would want to be: with our children at their school. Jeremy was volunteering in our daughter’s classroom while our son and I explored the school children’s sober exhibit on World War II. The children had populated the south hall with models, shadow boxes, and artwork depicting the awesome reach of the war and several striking battle scenes. The war’s timeline culminated in its final decisive though traumatic event— the nuclear detonation at Hiroshima. 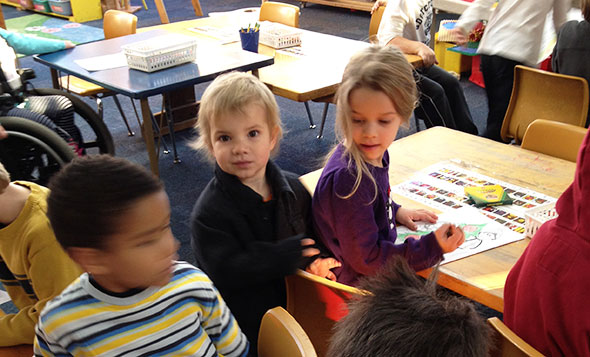 The exhibit gave context to the school musical The Albert Brown Show which opened Friday, Dec. 14, at 7 pm and plays again tonight Saturday, Dec. 15, at 7 pm at the Paul Robeson Cultural and Performing Arts Center on the Central State University campus. In the weeks before the musical and exhibit, families were asked to engage by offering testimonies from those who lived in the 1940s and family artifacts from those who did not. 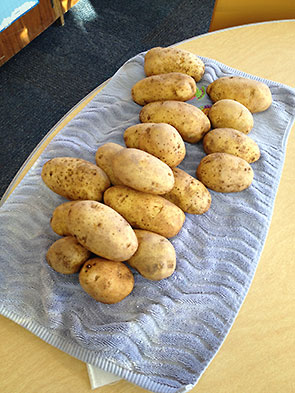 Our own contribution was a picture of Jeremy’s stepfather taken on the streets of Honolulu. Kenneth Dressel worked in Hawaii with his father’s construction company salvaging wreckage and rebuilding the state from the chaos left by the attack on Pearl Harbor. The anguishing chaos of that time was brought home in a story by reporter Betty Mcintosh. Suppressed by her Hono­lulu Star-Bulletin editors for its graphic detail, the article in all its telling detail appeared in the Washington Post on the 71th anniversary of the attack.

When I returned at lunch to pick up Jeremy, I found a pile of potatoes and red string on the classroom’s craft table and wondered what they were all up to. I admit that I had a fleeting vision of raw potatoes hanging from Christmas trees. Instead, the children were learning about other winter festivals, Hannakah and Kwanzaa. Earlier in the day, my husband had helped children fashion beaded necklaces using the traditional colors of Kwanzaa: black for the people, red for their struggle, and green for the future. Friday was also the seventh day of Hanukkah, the Jewish holy week celebrating the triumph of the Maccabees over the Syrians and darkness. As a special treat, one father had brought in a frying pan and showed the children how to make latkas, a traditional fried potato pancake. 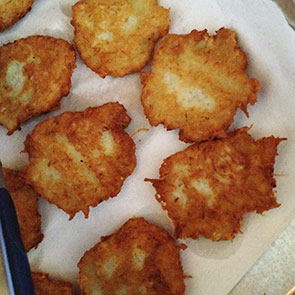 Wash the potatoes. Shred potatoes and onion. Squeeze out the water and drain. Add eggs and flour to the shredded vegetables. Mix by hand. Heat peanut, walnut or canola oil in a pan set to 250 degrees. Form the potato batter into burger-sized patties, salt and fry until golden brown on both sides, about 3-5 minutes. Drain on a paper towel and serve. 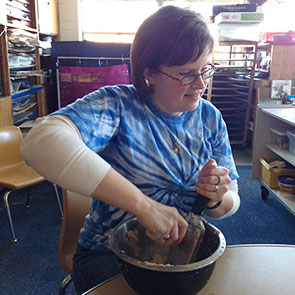 The children gathered around as the adults took turns peeling and grating the potatoes. The children passed the unpeeled potatoes among themselves laughing at how the potatoes weren’t quite hot but pretending that they were. A few children commented on the microplane Chris had brought to shred the potatoes pronouncing it good and comparing it to the ones in their own kitchens. I smiled at their apparent experience and interest in cooking and took my turn at shredding the potatoes. I gave the children the nubs too small to shred safely, and they took the wet vegetable to squeals of delight and disgust. These squeals were repeated as Chris combined the shredded vegetables with the egg and flour and kneaded the ingredients together with apparent glee. The ultimate moment of delight was when the potato patties hit the cooking oil. Sitting safely at their desks far from any leaping hot oil, the children could distinctly hear its spattering, and the sound charmed them. 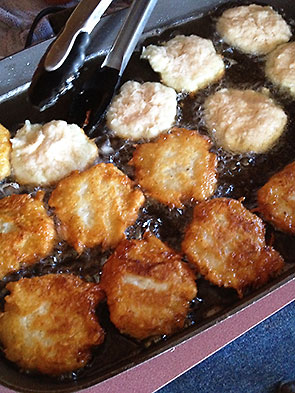 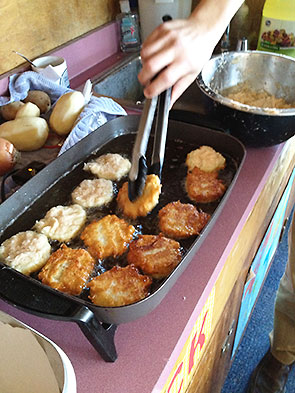 Soon, the pancakes were out of the pan and on plates. 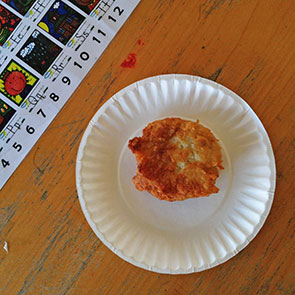 On the demand of the kindergarteners, we added dollops of apple sauce sprinkled with a bit of cinnamon, and the children ate the offering with gusto and thanksgiving.

A day like yesterday reminds us of what we must hold dear. On the day of a horrifying school shooting, we were at our children’s side learning with them traditions that mark the frustrated struggles of past generations. In watching our own children, I glory their great appreciation of life and learning. The experience gives me a head-clearing perspective. It makes me fight harder for their future, to triumph over the darkness.