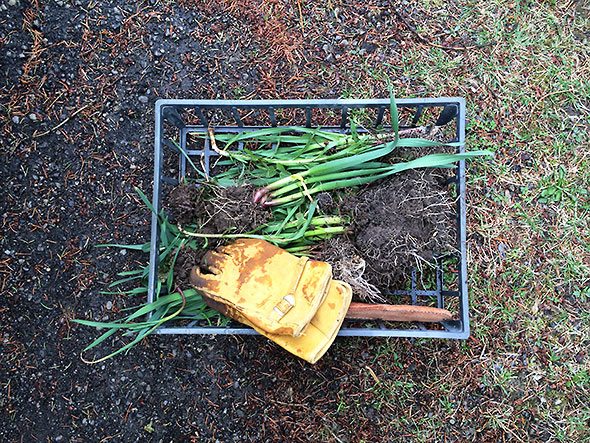 Today, a beautiful spring breeze is drifting through the village. The children have been hunting after eggs in Gunch Park. After rolling over the hillside in search of the last elusive eggs, we sat in clusters of twelve and fifteen sharing the sugary goodies nested within and—even more—the soothing gentleness of the sunny afternoon. The day could not seem more idyll. 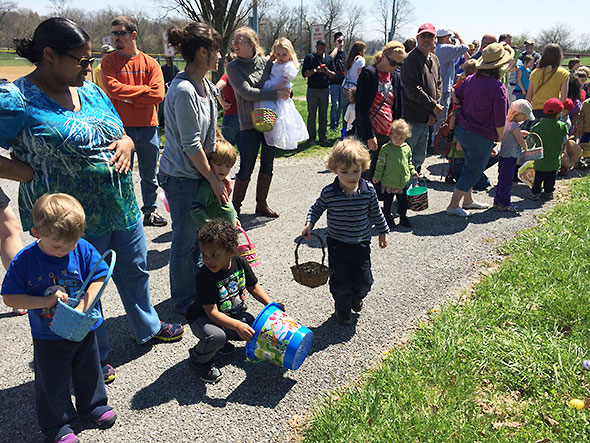 The trees and bushes of the village are in various states of leafing and bloom as the spring literally unfolds. The season’s steady advancement is apparent in even the past two days. Violets dot the lawn front and back in shades of pale and royal purple. The redbud outside my window is breaking out in florets of a most magnificent fuchsia. The tight blossoms of the dogwood in the backyard are starting to unroll in orchestration of—perhaps—an Easter day debut. 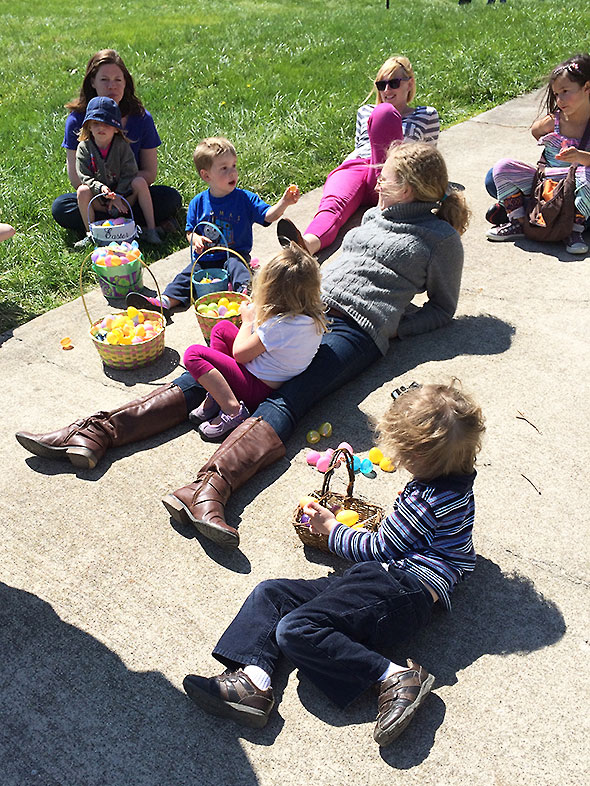 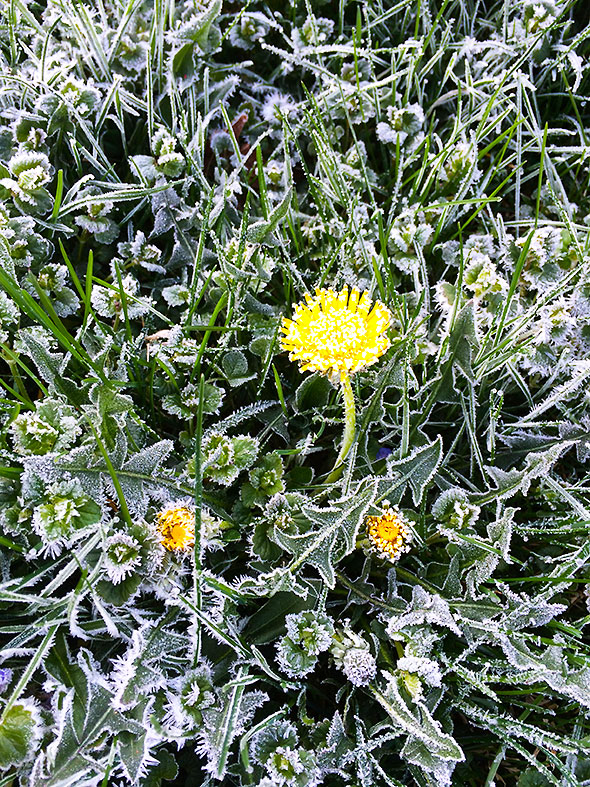 These building crescendos of blooms are most fortunate in their timing. The pear trees along Xenia Avenue and Orton Road—that were so magnificently ornate in pink and white silk petals on Monday—now sport darkened husks prematurely spent after being covered by an early Tuesday morning snow and painted by a hard frost on Wednesday. 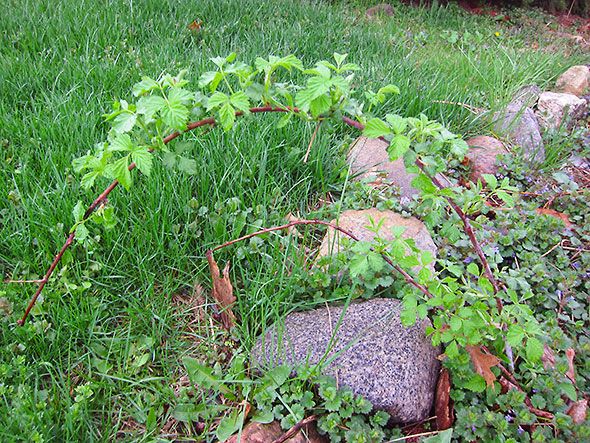 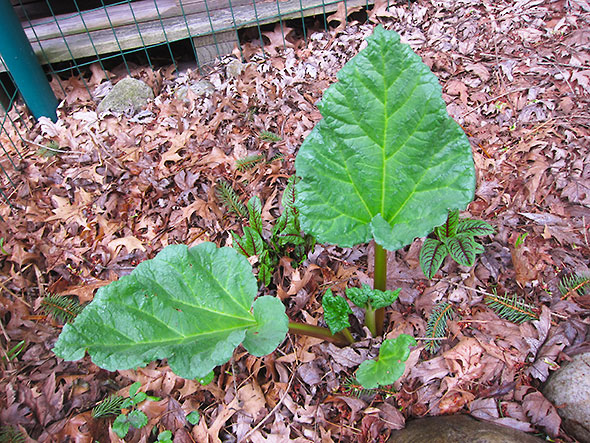 The berry bushes about our grounds are also scarred from the cold. The vibrant top leaves of a currant bush captured in a photograph on Monday afternoon are gone…blackened by frostbite and fallen away. Monday’s robust rhubarb stalks now lay shriveled on the garden floor; virginal leaves of new rhubarb remain tightly clutched, poised just above the grown, and resist just yet the impulse to surge upward. 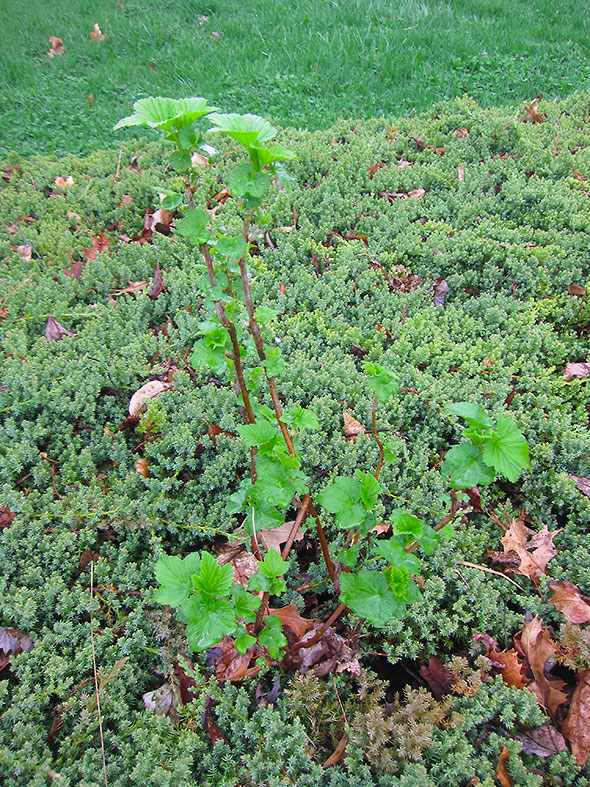 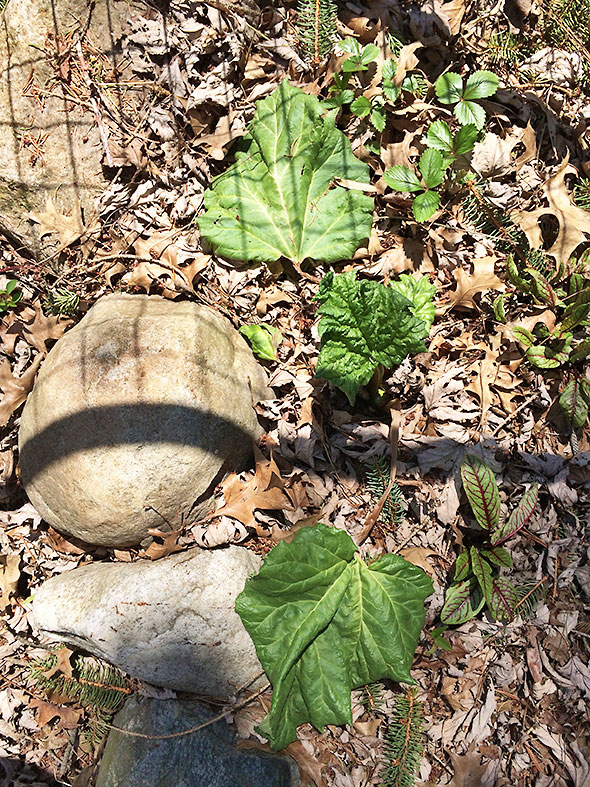 Knowing of Tuesday morning’s coming storm, I ventured into the front garden. First, I bravely transplanted garlic that had volunteered in terrific numbers in a neighbor’s garden plot. Second, I checked for plants that should be covered or harvested. I stationed most of the transferred garlic shoots together in the center of the vegetable garden so that the bulbs huddled together could survive the snow. A dozen plant I separated curious how they would fare. From the garden, I removed an unexpected treat: one foot long asparagus…the first on the block. 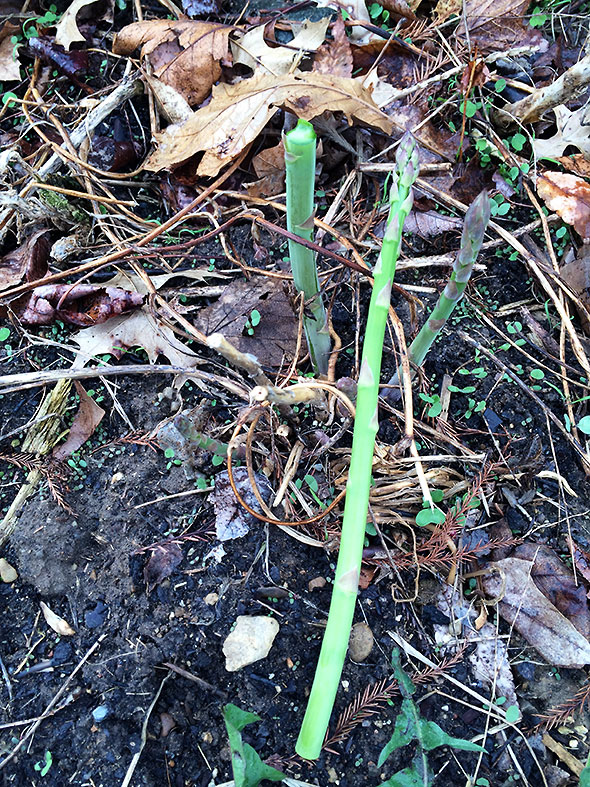 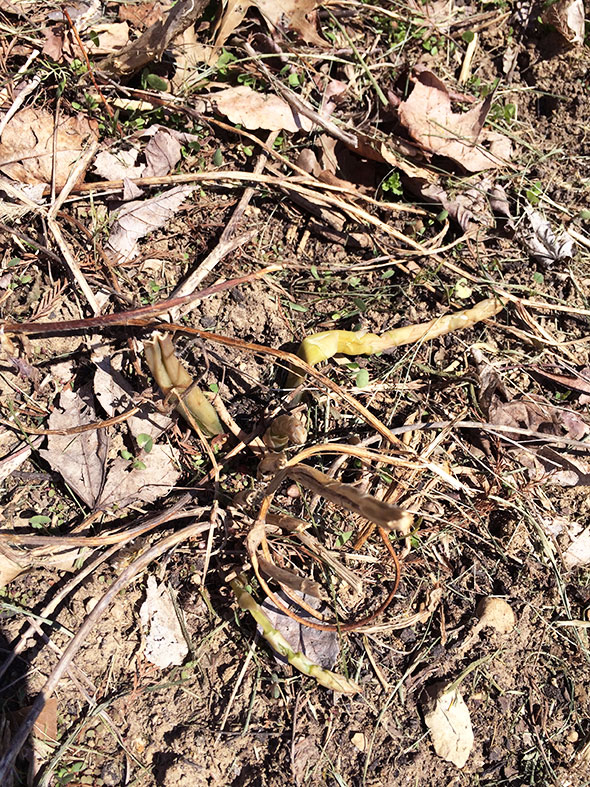 When I left the garden on Monday, there was still several hours of daylight ahead and I thought to leave the remaining asparagus shoots a few last minutes of sun. Unfortunately, I did not make it back to rescue them from the frost. When I plucked them from the ground this morning—frost bit and wilted—I was surprised to find their bases still snappy green and apparently growing. Curious about how far gone the asparagus might be, I bit into them myself. The damaged stalks proved entirely edible and surprisingly tasty, and I was happy that I hadn’t completely abandoned them. 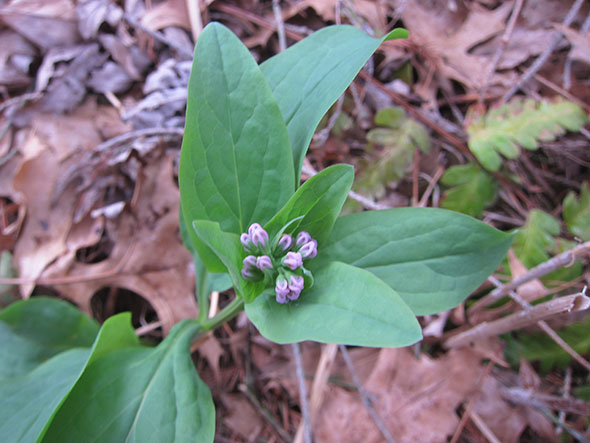 The native wildflowers nestled in my herb garden seem to have faired better in a sheltered microclimate between our house and and the neighbors’. The trillium appear slightly stunted and tender compared to its predecessors of the past two years, but the symmetry of its triple leaf pattern is undisturbed and free of defect. Several shoots of trout lily have pierced through the thick layer of mulch comprised of pine needles, maple and oak leaf. 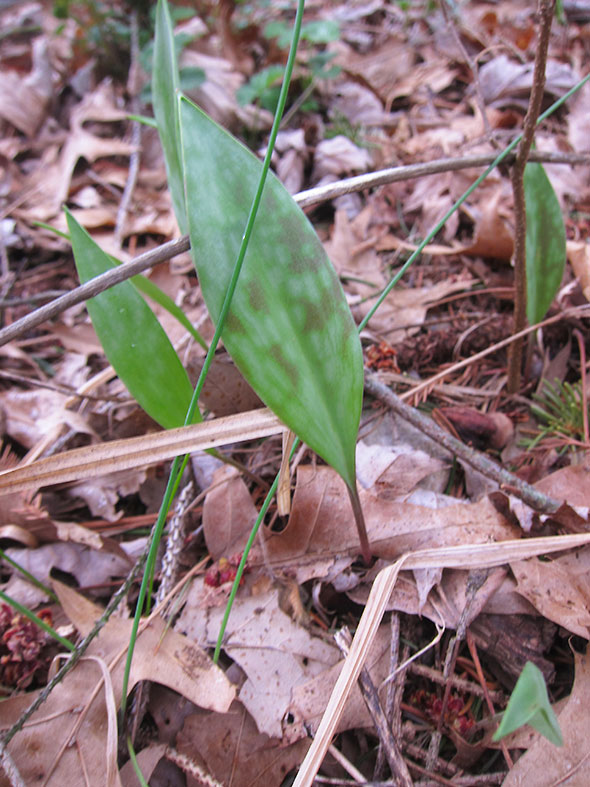 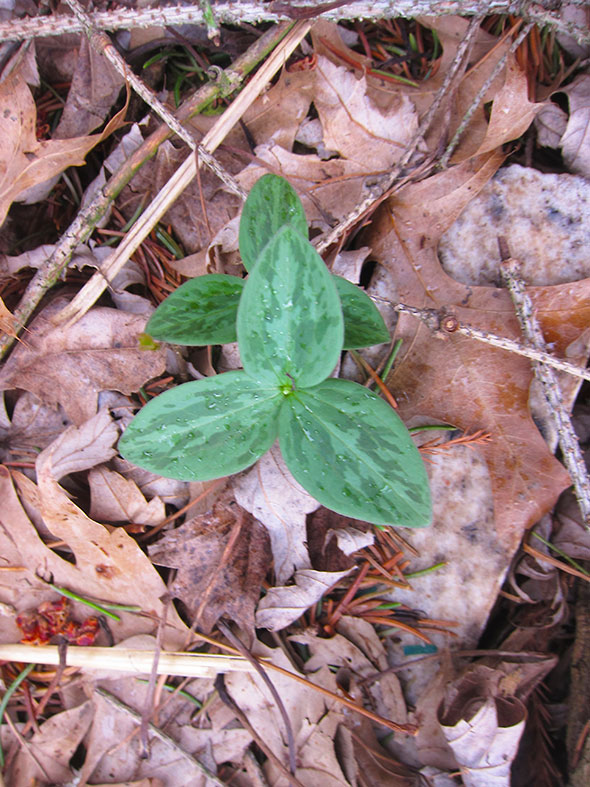 Several herbs have started to sprout—mint and parsley—so today I brought in reserves from Peach Mountain to add to the garden and later to our meals. I should perhaps wait before sowing the new starts of parsley, rosemary, and basil. We are sure to have another frost if not another snow, but my experience tells me proceed. I may be ambitious but so is nature even if it is not always kind.