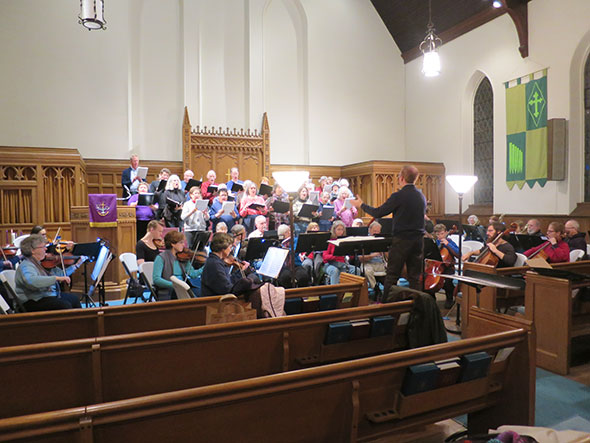 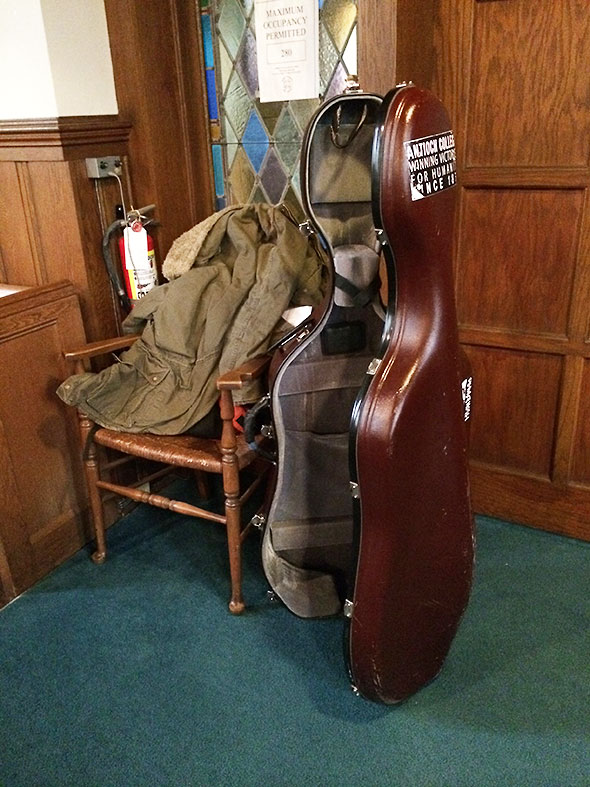 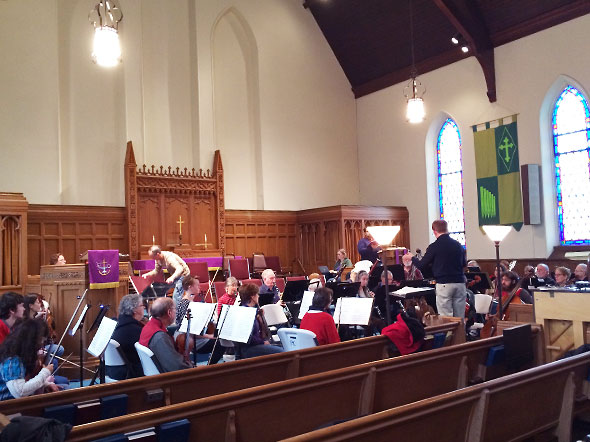 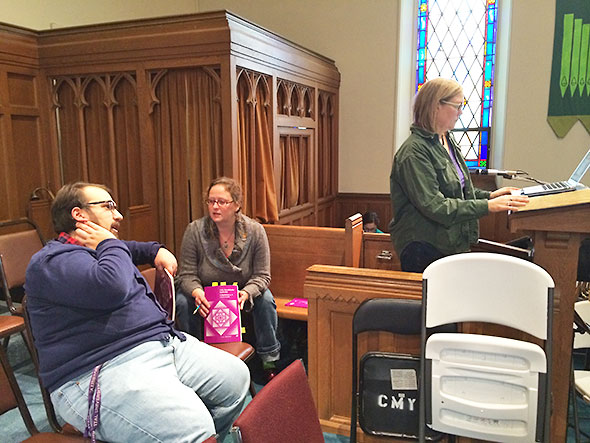 At the end of October, I joined the Yellow Springs Community Chorus to prepare for Sunday’s concert. Bassist Mark Munger turned me by the nose to join the ensemble shortly after recruiting me to join the Presbyterian choir for a service celebrating Lloyd Kennedy on his 100th birthday. The community chorus has been meeting Sundays at 7pm in the high school band room since September. By the time I arrived on the scene, they had the notes and German vocabulary of the Mendelssohn choral movements down pat and were working on dynamics. My friend Mark and director James Johnston assured me that I would catch up in no time though I’ve been glad for every moment that I have managed to match pace with my peers. Collectively, the pace of all our hearts picked up as the orchestra, chorus, and soloists converged to practice this past week. Saturday morning was particularly fine with the morning light streaming through the sanctuary’s stain glass windows and the full ensemble rested and ready to roar. The young people in the orchestra drew my notice with special interest playing trombone, cello, violin, and tympani with confidence, precision, and expression along side their older peers. 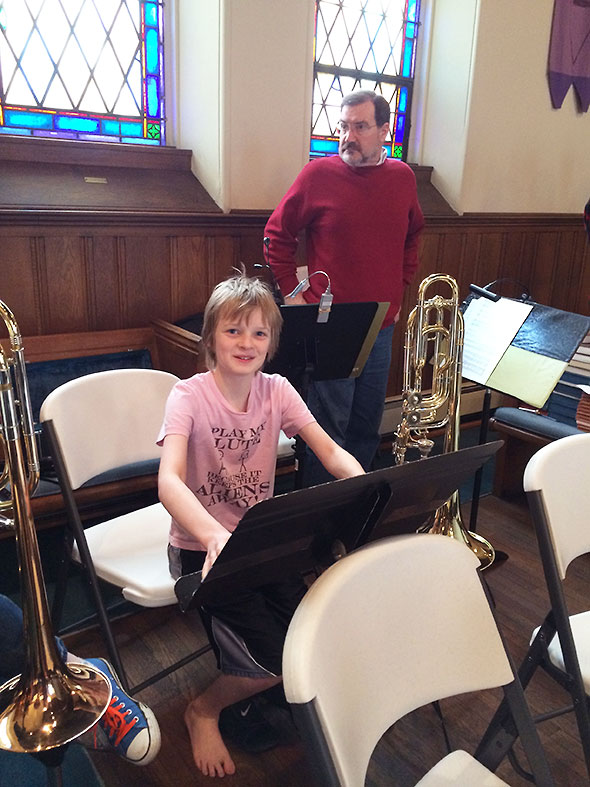 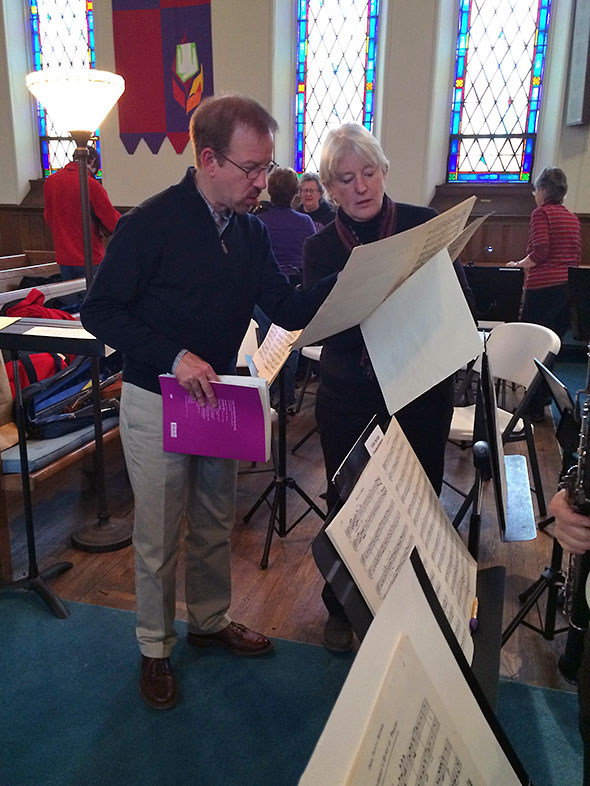 I’m looking forward to introducing my children to these musicians at the evening performance. My son loves brass instruments, and I’ve been imagining his expression as he counts the number of french horns in the assembly…one, two, Three, FOUR! At the conclusion of a recent cousin’s band concert, my son told anyone that would listen that he played the french horn. One of the chamber orchestra’s four horn players is Brian Mayer, the band teacher at the Yellow Springs Schools. If I can get those two together—especially if Mayer will play my son a few low notes on the french horn—I’m quite sure Mayer will make my four year old’s week. 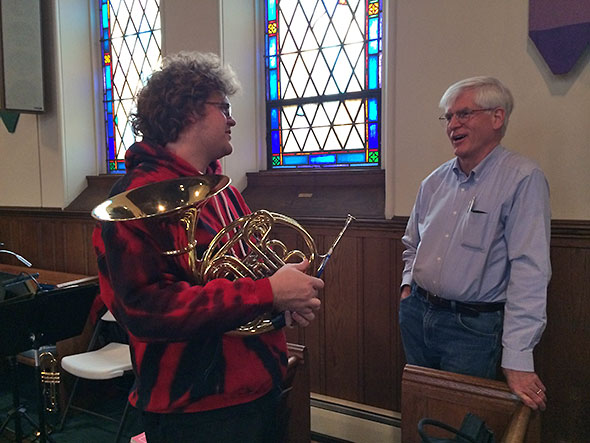 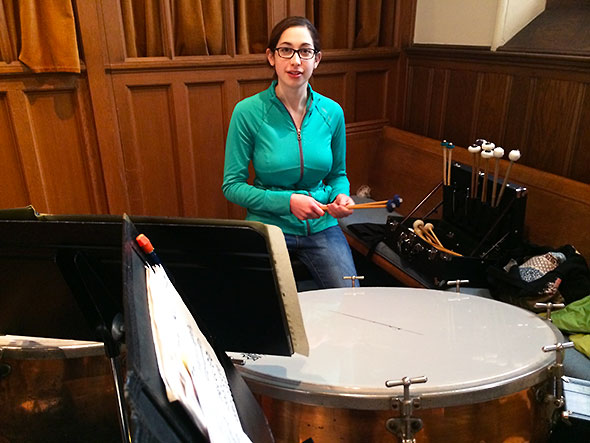 The Mendelssohn symphony celebrates Johannes Gutenberg’s invention of the movable type printing press. Gutenberg’s innovative printing press enters into the year of its 575th birthday on the first of January while Mendelssohn’s symphony nears its 175th birthday. Movable type printing existed before the German blacksmith Gutenberg created his press of easily aligned, durable metal type, but Gutenburg’s typesetting innovations marked a profound turning point in world history. Efficient, adaptable printing created an explosion of reading materials. In its disruptive wake, a sustained era of enlightenment arose and, with it, modern forms of democratic governance. 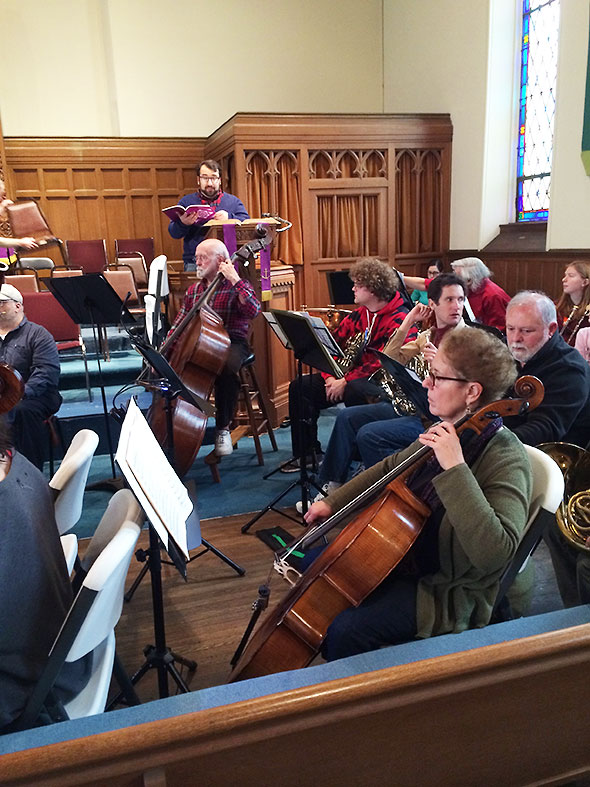 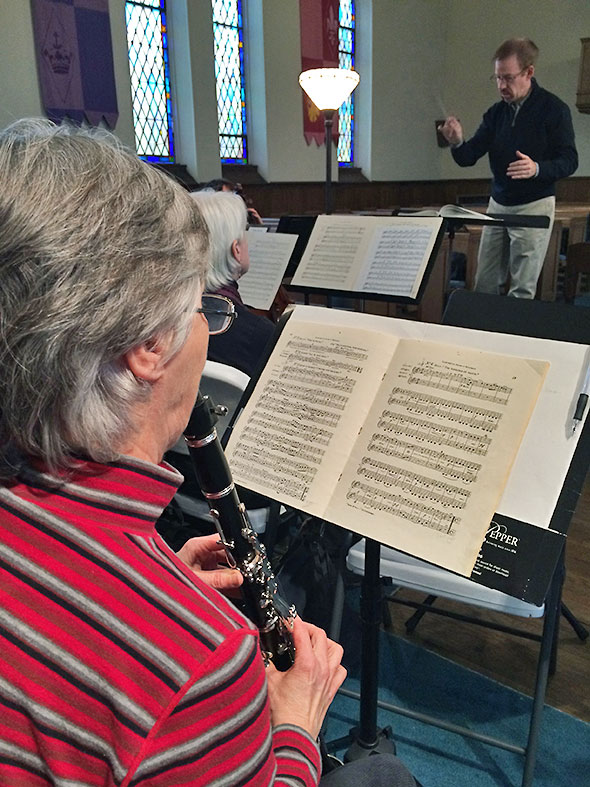 At the conclusion of 2014, we can look back on a year marked by activism—in world health, moral governance and moral food systems—that broke onto the national stage and into local and national policy. Mendelssohn’s beautiful symphony presents a larger context for the year’s struggles reminding us how much we owe the printed word, how much we accomplish when people gain access to the fruits of knowledge and engage in skeptical, informed debate. 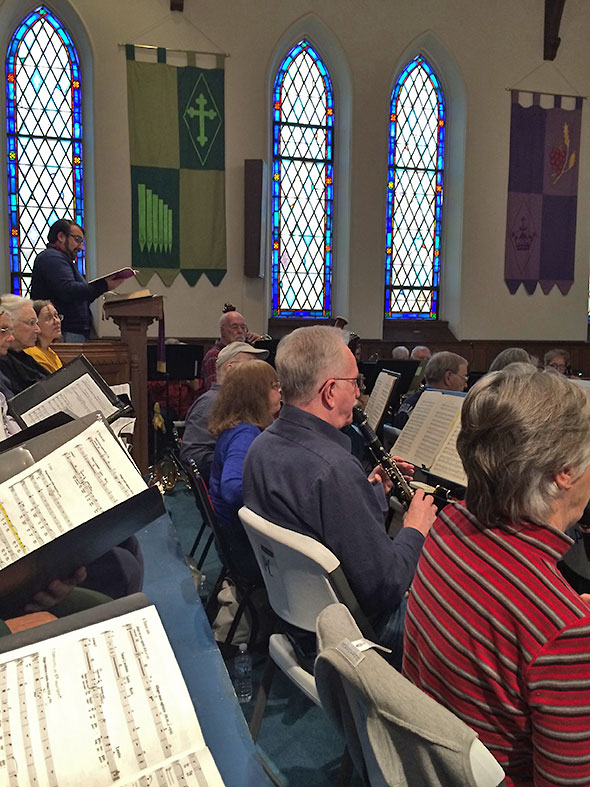 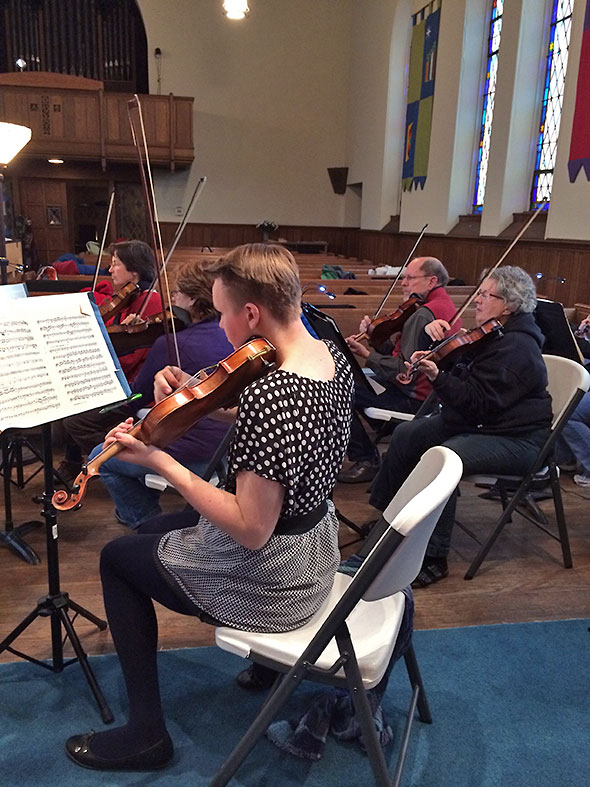 As Sundays performance draws near, I think of the text in the sixth movement of the choral pieces:

Bonds of death had closed around us,
and sorrows of hell had struck us,
we wandered in darkness.
But he speaks: Awake!
Awake, you who sleep,
arise from the dead,
I will light your way.

These words speak of vigilance and perseverance. We all have a choice of what words we use…what we listen to, what we speak, where we place our influence. The works of darkness encroach again and again but, friends, the day has come. Hear our hymn of praise.