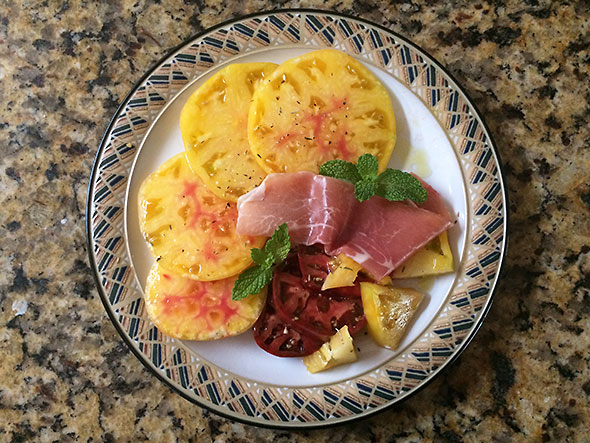 Our tomatoes took their sweet time this year. Indifferent to all impatience and immune to embarrassment, they pulped up in degrees without a hint of blush. The cherry tomatoes stayed green hidden in tight clutches under layers of leaf and vine as if to escape notice. The larger bulbs tortured the stalks on which they grew. I’d chart the ballooning progress of the fruit in the front garden and on the patio tower—looking for hints of that first change in color so that I could relieve the vines of their weight.

Picking full sized tomatoes in this way seemed to beat out birds, bugs, and blight. Once inside I’d turn the tomatoes bottom up and wait for the green outer flesh to metamorphose into the color of ripeness. The cherry tomatoes I learned to leave outside on the line. Picking the miniatures early stunts their growth and thus their enjoyment. They stay close to the state in which they are picked unable to journey forward without lifeline. 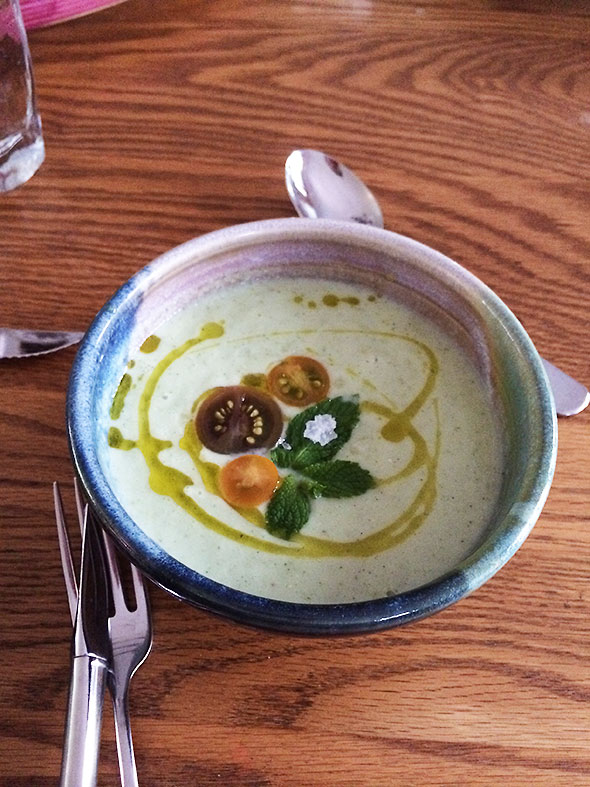 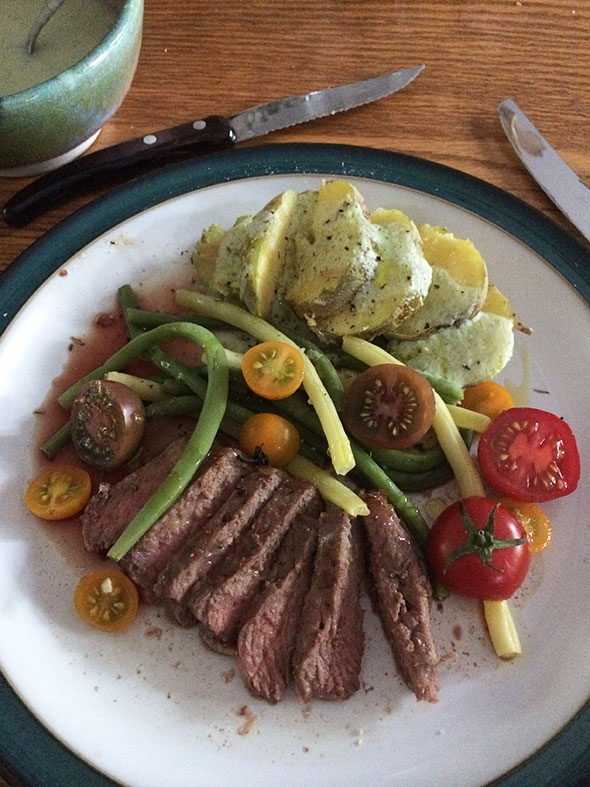 Once a tomato ripens, I slice through the fruit at its waist to reveal the inner flesh, sweet, splashing of juice, bejeweled by seeds. I dust the yellow, red, or apple-green flesh with a sprinkling of salt—or better yet—one of the flavored salts prepared by Louis Berrier of Weezy’s Garlic, Spices, and More. My special favorite has been Weezy’s Sunshine Blend which combines salt, black peppercorn, and dehydrated citrus rinds. The salt pairs perfectly with agrumato, a favorite dressing pressed from late season olives and citrus. 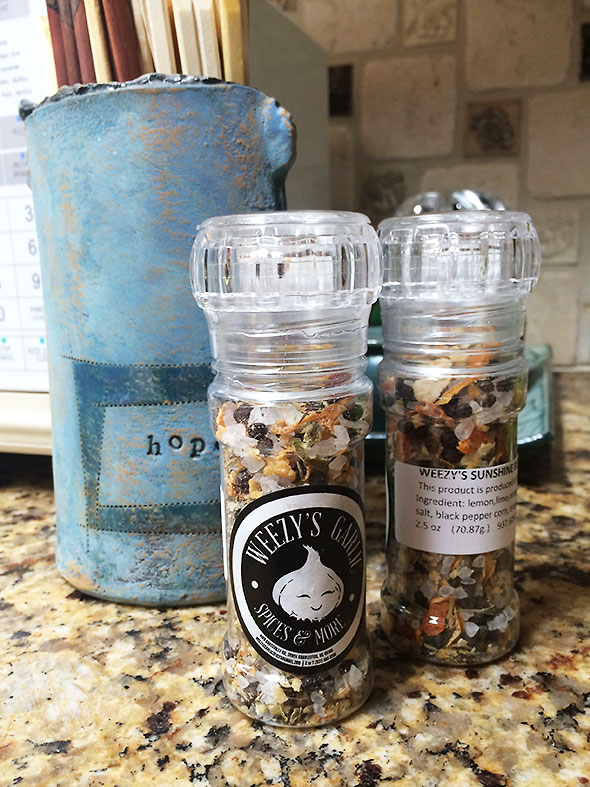 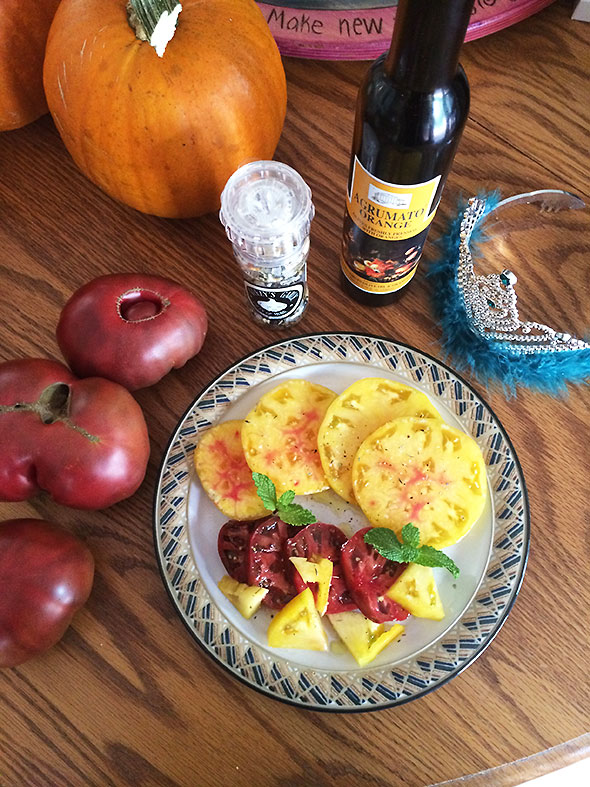 I planted an interesting variety of tomatoes this year. There were three kinds of cherry tomato: yellow pear, sweet 100, and black cherry. There were two plum sized salad tomatoes: peach and green zebra. Then, there were the palm-sized tomatoes that included a heirloom pineapple and a red tomato embellished with green streaks that trace a spiraling pattern. 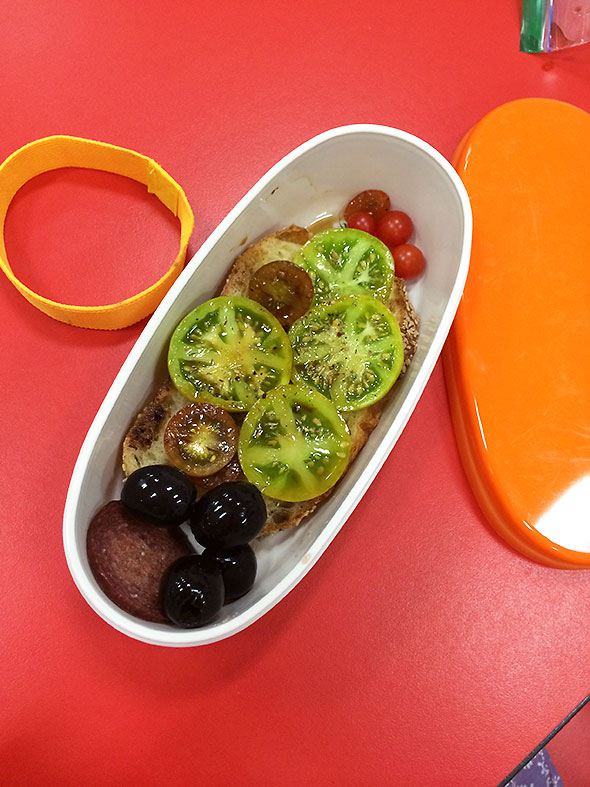 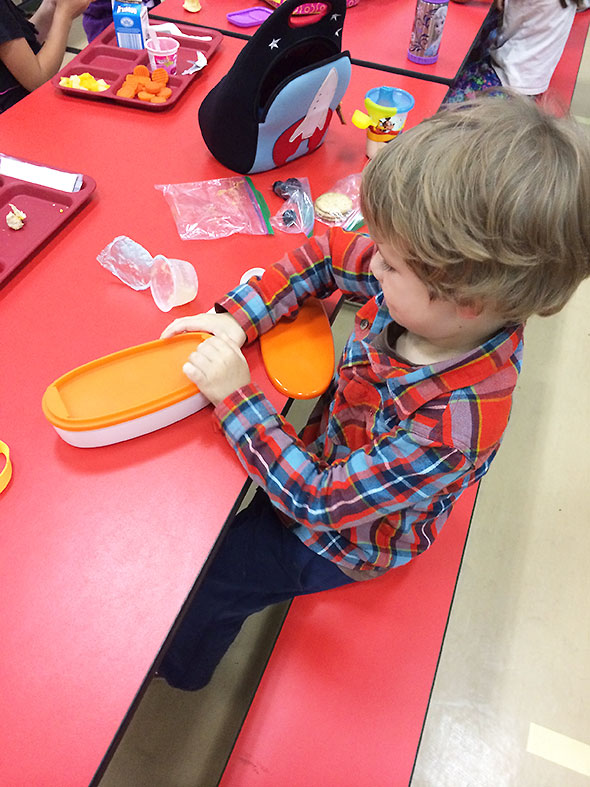 The red heirloom tomatoes taste salty compared to their cousins of a different color. The strangest variety of the year’s crop proved the most prolific. Peach tomatoes grew to the size of plums in irregular shapes. The lumpy sphere resembled an abused hacky sack, not the tight shiny balloon of the typical tomato. At first, I thought a fungus had got to the tomatoes—a depressing thought since they were the first to ripen—but, when I sliced through the yellow fuzzy skin, I found fresh flesh, sweet and free of acid. Its goodness was a revelation: different but in no way less. 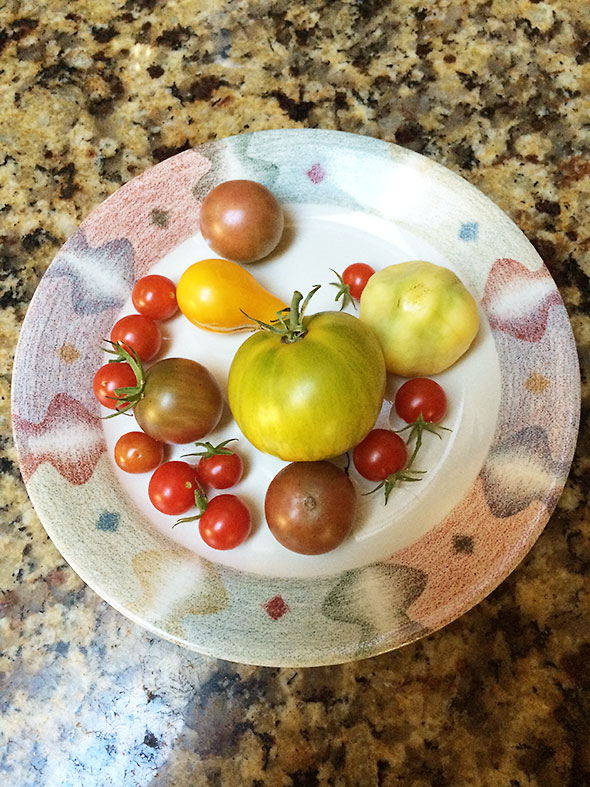 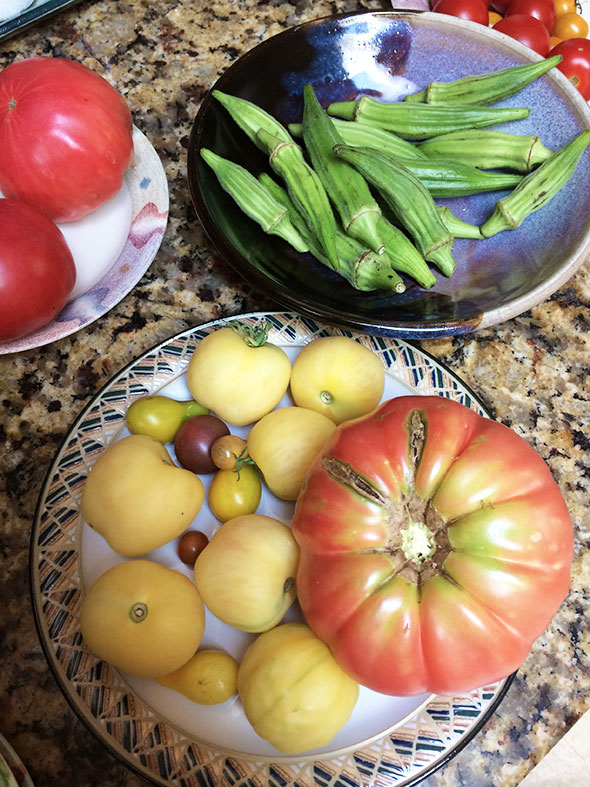 The peach tomato became my favorite fruit of the late summer. Its vines filled before all others with the exception of the sweet 100s. The peach gave the prolific cherry an odds-even competitor in terms of production. Their competition was epic…winding down only in the last few days…their fruitful vines blasted out, yellowed, spent. Even now, fruit remains in the garden. Fist sized green tomatoes remain defiant, crouched low, hunkered down, holding out for another day. These last holdouts are squeezing the sun for as much heat as can be had. Before the first frost, green or blushing, these tomatoes will meet their final fate…forced at a knife’s point to relinquish their inner treasure.