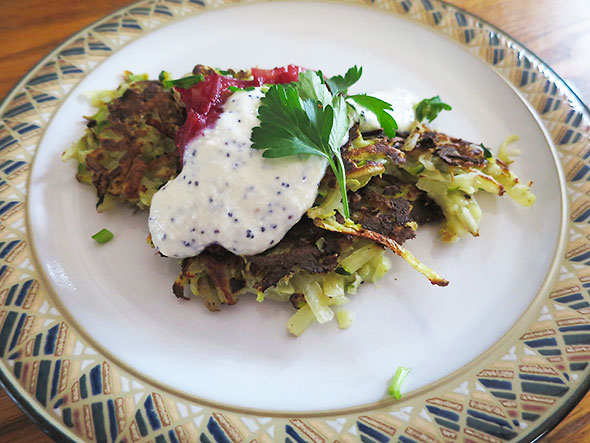 Hanukkah arrived this year in the second week of December. The festival commemorates the rededication the Second Temple of Jerusalem in the time of the Maccabean revolt against the Greek Empire and marks the eight nights that the temple was able to keep its ritual candelabrum burning on a single day’s supply of oil. At the end of the eighth day, the process of pressing and preparing a fresh supply of oil was complete…bringing the week’s miracle of sustainment and resilience to fulfillment. 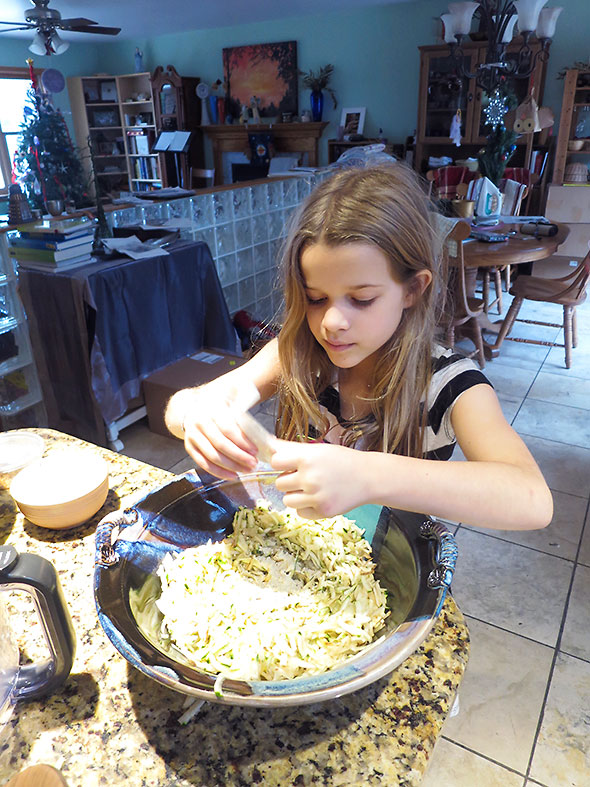 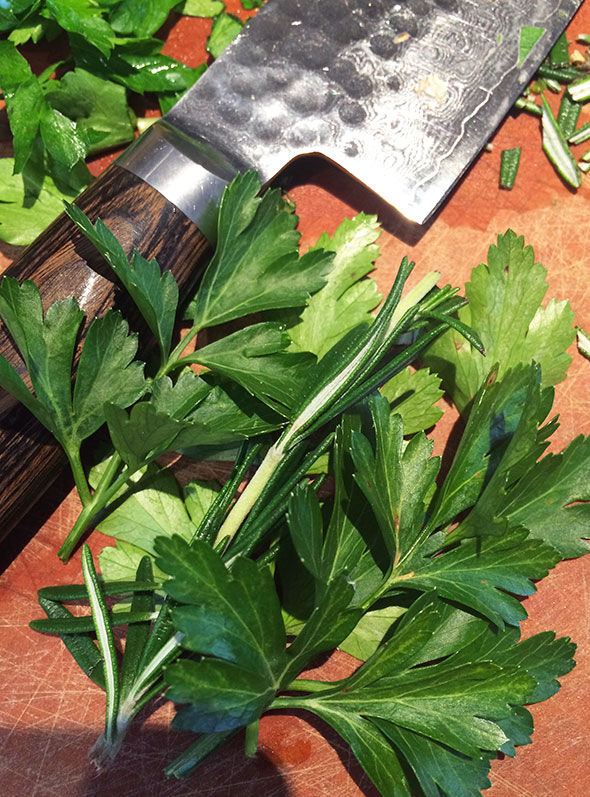 My daughter introduced me to much of what I know about the festival. Though aware of the Hanukkah festival, we learned the story of the Maccabeans by a favorite music video that my daughter discovered. The video featuring an a cappella boys band called The Maccabeats. These young ambassadors educated us not just about the Hanukkah story but other stories and observances of the Jewish faith. 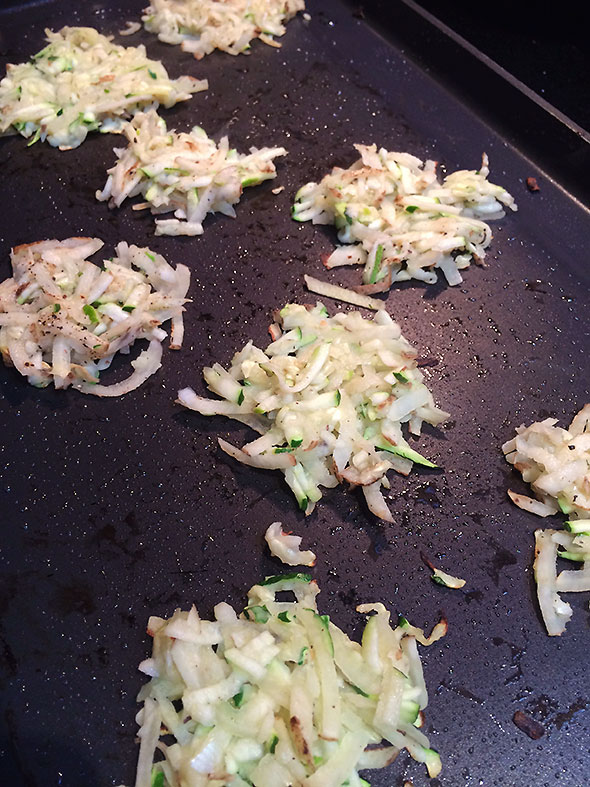 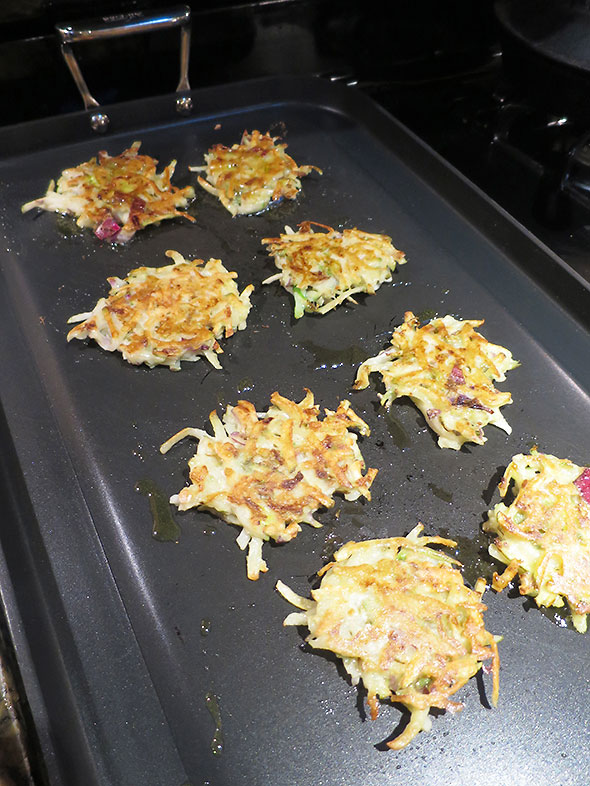 This year during the week of Hanukkah, my daughter made latkes—a traditional Hanukkah dish—with her classmates. Her science teacher Brian Brogan lead the making of the potato pancakes, and I was fortunate to join in baking one day. The children grated the potatoes by hand alternating turns at shredding fist-sized spuds into big mixing bowls. Brogan added egg and flour to the grated vegetables measuring the proper amount by eye with the confidence of many years’ experience. Once shredded, the potatoes shed water, and I asked Brogan if he presses the moisture out. He showed me that draining off the water wasn’t necessary and demonstrated how he kept the mixture heaped up the sides of the bowl. In this way, he formed a well into which the water drained free of the batter. 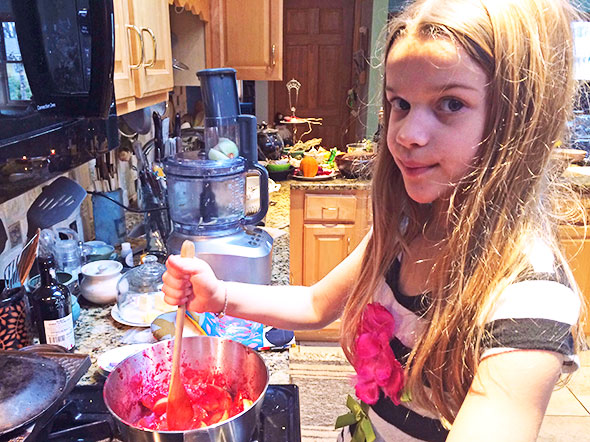 Brogan took the role of placing small heaps of potato on a grill heated to 325 degrees. He drizzled oil on the grill so that the pancakes fizzled and sputtered. The children came forward to flip the pancakes once they browned on one side. The batter hits the pan tentatively bound together by flour and egg, but the heat of the pan and, importantly, the action of the sputtering oil transform the starchy mass to cake. 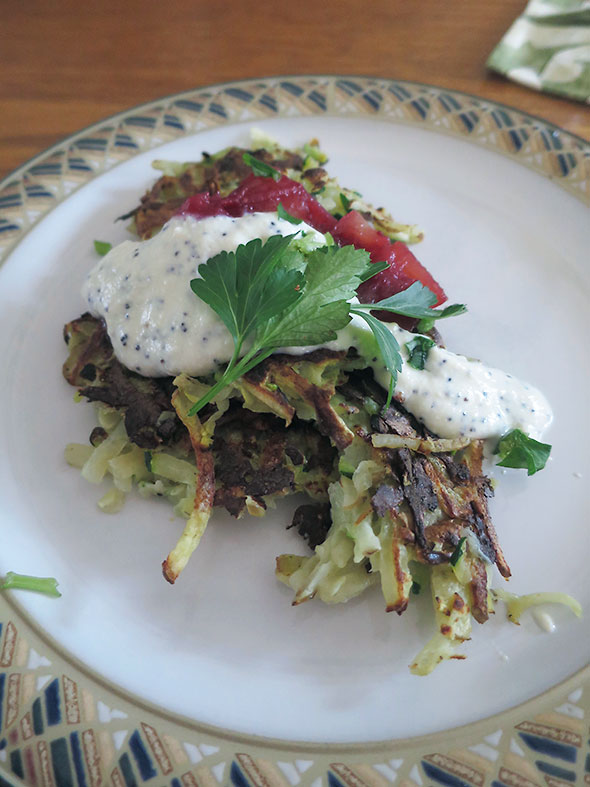 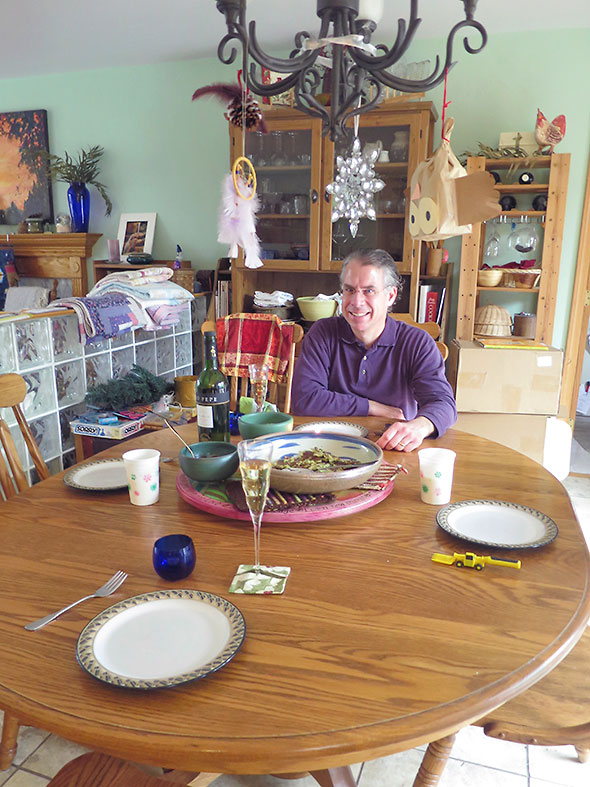 Indeed, when my daughter and I made our own batch of latkes at home from potato, zucchini, and onion, I made the mistake of not adding oil to the pan. Our griddle has a nonstick coating so I didn’t bother not appreciating the oil’s role in crisping up the pancake. Without the oil, the potato shards would break apart on flipping. They would brown but slowly. And I do mean sloooowly. 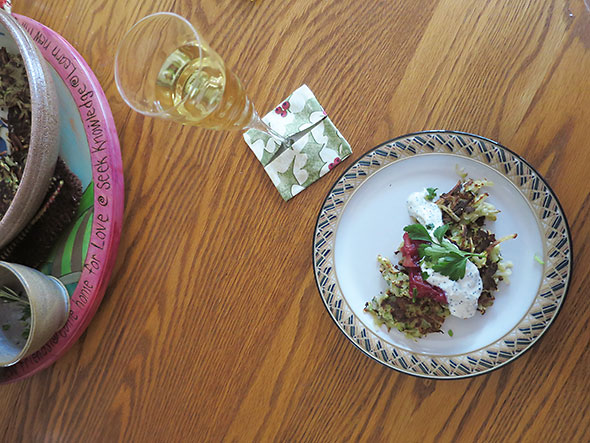 Once we reintroduced oil to the pan, the cooking process sped up dramatically. My daughter started as I drizzled a bit of olive oil near the edge of the latkes. “Look at the science!” she shouted. Indeed, not only did the pan start to sizzle, but the oil migrated quickly from the edge of the mound of potato spreading along its underside. The fluid conducting readily to bubble and pop in a thin layer between hot grill and heating potato. 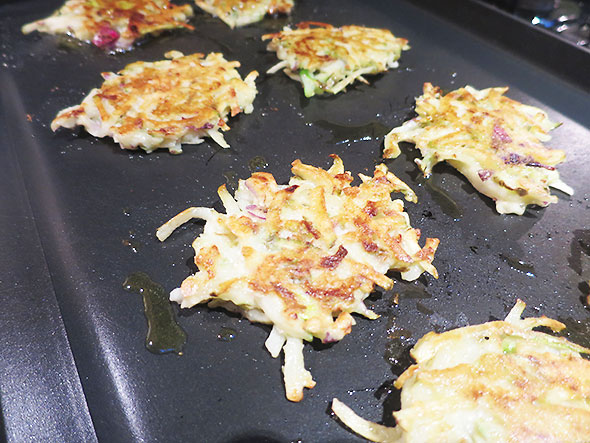 My daughter and her classmates enjoyed their pancakes with traditional toppings: sour cream and apple sauce. At home, we made these from scratch. Improvising on a recipe from Mark Bittman, we heated up cranberries and a sliced apple in a saucepan with a cinnamon stick, brown sugar, and a splash of port. We made a vegan alternate to the sour cream by whipping soft tofu with fresh squeezed lemon juice, a pinch of salt, and poppy seeds. From the garden, I pulled a spring sprig of parsley.

Once we dressed the latkes with the bright read apple/cranberry sauce, the flash of white cream, and fresh green herbs, we truly felt like we were sitting down to a special meal. My daughter got out the fanciest glasses that she could find for her parents. Gathering around the table, we raised a glass to the Maccabees, to miracles large and small, and to the blessing that a small portion of oil brings to this season of long night.