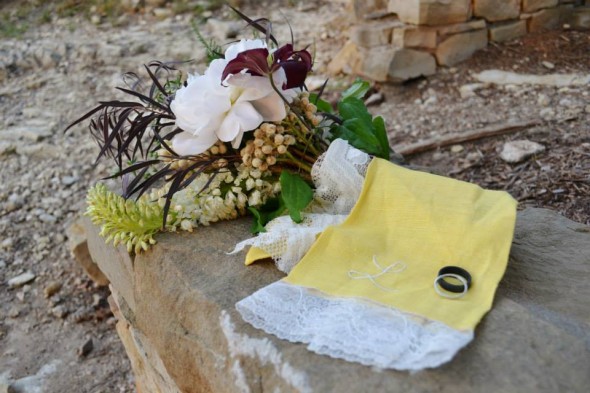 BLOG — ‘It ain’t what they call you, it’s what you answer to’

Over the past few weeks, I’ve been working on updating the database for this year’s community phone book, colloquially known as the “Red Book.” Updating the residential phone listings involves going through stacks of yellow cards submitted by villagers with their current contact information listed thereon, and comparing these to the info we’ve got in our database, making updates and corrections where necessary. Inevitably, this means that I eventually go through just about every record we have on file, which ends up numbering around 2,000. These numbers are a little skewed, however, as many of the records are cross-referenced for households with a mixture of surnames. Take my own family, for example, which appears thrice in the Red Book, each in their own alphabetical place, looking something like this:

I’m not even 100 percent sure why Lucy has her own listing, since she’s five years old and doesn’t get many calls, but I do enjoy giving my daughter frivolous things, especially ones she can’t appreciate and doesn’t even really know about.

Anyway, there are many such listings in our local phone book. There are also quite a few listings that look like this:

The phenomenon here, usually, is that John and Mary tied the knot, but Mary wanted to keep the last name with which she was born. Then along came babies Jane and Joe, who take Dad’s last name. Working through the Red Book, I became more and more intrigued by the configurations of names that took place: single names; co-habitants with different last names; co-habitants with the same last name; parents and children united under a common familial moniker; parents and children all independent; Dad and children together, Mom separated by a semicolon and, more rarely, Mom and children together, Dad separated by a semicolon.

Let’s skip back in time a little bit right now, because I’m running this show. When I was a kid, I was super stoked to get married and change my name. My surname, Shows, has two immediate issues: first, nobody ever says it right — it rhymes with “cows,” not “toes” — and second, this mispronunciation turns my first and last name, spoken aloud, into the first two words of a sentence to be riffed on infinitely by wisecracking d-bags everywhere. “Lauren Shows Crack” (as in, butt crack) was a favorite. Aside from these reasons, I was going to change my name because it’s just what’s done where I come from — and, it turns out, in most places, as 80 percent of women change their names in some way when they marry. I also viewed it as kind of a lottery: who knew what kind of name I was going to end up with? I’ve known folks with cool, action-oriented names like Jump, Strong and Powers; folks with gentle-sounding names like Downey, Lilly and Cotton; and, of course, the job-related names, like Weaver, Miller and Batman. It was a mystery, and I was excited about it.

When I became a teenager, though, something began to occur to me: my sisters and I are the only grandkids in our generation with the Shows surname, and that meant, when we got married, the surname would die with my grandparents, father, mother and uncle. Because my family was (and is) interested in its genealogy — and possibly because I was not (and still am not) ready to think about my family dying — it became clear that I needed to do something. So, as a 17-year-old with exactly zero marriage prospects at that time, I decided I would buck the tradition of my foremothers and hyphenate my last name — and hopefully not marry somebody with a last name like “Crack.”

The historical truth of the matter is that the tradition of women changing their names hearkens back to a time when they were, in effect, changing ownership from father to husband. This piece of information I picked up in college, and as I grew and changed, I realized it was not something I wanted hanging over my head throughout an otherwise blissful marriage. By the time I did actually get married in May of 2013, my husband and I had been living together for almost four years and our child was nearly 3 years old. I don’t even think we talked about it; I’d been Shows for almost 30 years, and Shows I would stay. It didn’t feel like a decision; it was just the natural step for me, my husband and my hyphenated, half-naked baby. 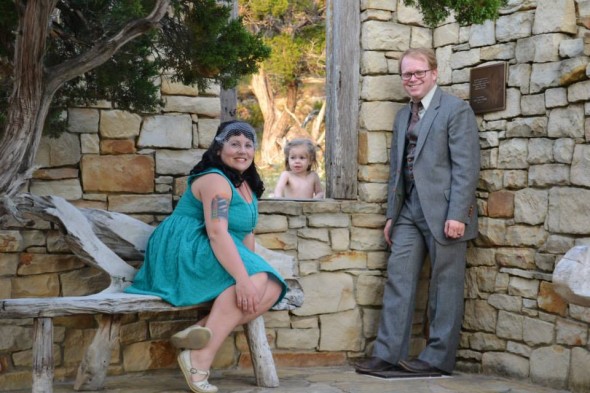 Our wedding was super casual.

So I put the question to Facebook, even though I was a little nervous about what might be a sensitive topic, and feared that I might come across as judgmental by asking the question at all. I got quite a few replies from women who are family, friends and acquaintances, and was pleasantly surprised by some of the answers. I’ll post some here:

• “I kept mine because [I’m proud of it] and because I had been signing my artwork with [my last name] for my entire life. Why change it because I fell in love?”
• “I changed my last name to my husband’s and my middle name to my former maiden name … Basically I wanted our kids to have the same last name and not a hyphened name (for simplicity). It was still hard, but my husband was grateful and I was happy to share a name with him too.”
• “I kept mine because its been my name all of my life and I feel attached to it.”
• “I changed mine right away; I wanted to be at the beginning of the alphabet, not the end.”
• “In Canada where my family is from, the women keep their last names. It’s very uncommon there to take on the husband’s name, but when they have children, the children have the dad’s last name. I changed mine when I was married out of obligation, but I would’ve rather kept my maiden name — and now I’m divorced, back to [maiden name] I am.”
• “I changed my name the first time I got married, but when I got divorced I decided I didn’t want my ex-husband’s last name, and going back to my maiden name felt … well, like going backward. So I picked a new name that was all mine. First and last! Been with the same guy now for 23 years and I would never change my chosen name.”
• “I was married once and kept my name. And now I’m not married and I have the same name. I always thought it was a strange tradition in feminism for women to, as I very rudely put it, keep their names but give away their children (sometimes I’m not nice). [My child] has my last name and not [Dad’s], and I expect all future children will have my name, as well.”
• “I have no fancy words for why I took on my husband’s last name as my own. Simply put, it just felt like the right thing to do. (I was also quite thrilled to have a much shorter last name.)”
• “I struggle with this for different reasons altogether. … If I marry my girlfriend, which one of us changes our names? Do we hyphenate? Stay the same? I think it’s important to converge your family name together, but at what sacrifice?” (*This answer gently reminded me that this issue is the product of a largely heteronormative culture, something I had neglected to consider.)

All of these answers, and many more, were rich food for thought and certainly changed my attitudes, though not my opinions. Which — I think? — is what healthy, adult discourse looks like. Congrats, ladies, we did it!

I was struck by the words of two women I know who seem to be at opposing ends of the political and social spectrum in a lot of ways, but who both had wisdom to offer. First, my Aunt Helen, who changed her name when she got married, said the decision is a deeply personal one, and that it’s important that it not be made in the service of “making a point.”

Second, our former Village Council Member, Lori Askeland, who didn’t change her name, said this: “I do sympathize with women who make whatever choice, because we are all in a negotiation with the demands of patriarchy — or as bell hooks likes to say ‘white supremacist imperialist capitalist patriarchy’ — and we strike whatever bargain we can live with. I get it. But I do hate the fact that women bear the burden of this and many other ‘choices’ that are often capitulations or compromises and not really choices.”

I’ve known women to say that gaining or losing a name is like gaining or losing an identity; I don’t personally put a whole lot of stake in what people call me (says the woman whose professional name is “Chuck”), but I imagine that if somebody were to tell me that I had to change my name, I’d sing a different tune. Luckily, only 50 percent of the American population thinks I should be legally required to have the same last name as my husband. With the nation still working its way toward a better understanding of equality, it becomes clear that women will still be expected to make such a decision for years to come and, depending on arbitrary factors like where they live and who their family is, might need to defend this decision more than once in their lives.

I have been lucky enough never to have been skewered about the decision I made, or really even questioned about it (though I do notice that extended family members sometimes don’t even know, assuming my husband and I share a last name; I’ve decided not to correct them). The only question I really get is this: “What about your kid’s hyphenated name? What about when she grows up? What if she wants to hyphenate, too? Won’t it be a mess?”

I smile. “Well,” I say, and settle back in my chair. “I suppose that’s her friggin’ problem.”