Out of Something, Nothing: My Summer as a Professional Mover, part 3

If I wanted an “experience,” I got it. My first move, with all of its horrifying racist ignorance and the homeowner’s unusually large collection of appliances, ranked relatively low on the ladder of weirdness. It was definitely weird, don’t get me wrong, but all things considered, it represented a pretty average day for a mover.

The most commonly weird thing I encountered as a mover was a gross house. I have firsthand knowledge and experience

But your days didn’t have to be totally unsanitary or totally racist to maintain an elevated average of weirdness. Sometimes the days were unusual in the best way possible.

Imagine you are moving a big box up some stairs, muscles straining, sweating, a manly pack of cigarettes evident in your shirt pocket. The beautiful homeowner has been around all day, watching, staring even, finally telling you to bring a box upstairs to a particular room. Then the homeowner appears in the doorway, clad in lingerie (or, depending on who is telling the story, nothing but a loosely tied robe), looking at the mover with undisguised desire.

If movers are to be believed, seduction by homeowner is par for the course. Everyone I worked 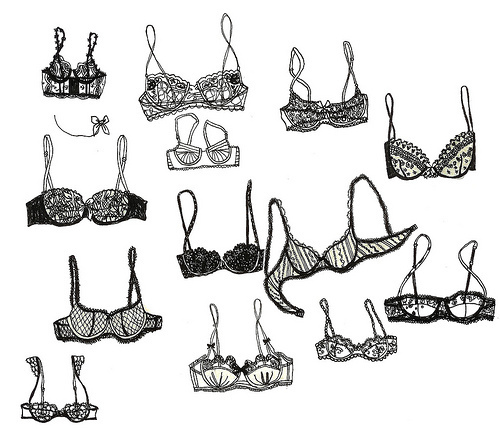 with had a story about this happening on the job. But nothing about these claims struck me as true, especially since everyone basically had the same story. Was it like an urban legend, where something that happened years ago has become such a part of the culture that now it’s free to be claimed by anyone as truth? Or does something about men lifting stuff really induce random sex?

I asked one pretty level-headed guy about it, imagining he’d laugh with me about the ubiquity of the story:

“A lot of guys have been saying that seduction on the job is pretty common. Has this ever really happened?”

“Yeah, it’s definitely happened: they were probably talking about me.”

His response confirmed that this almost never happens, if it has ever happened at all.

Sometimes the weirdness quotient was fulfilled by the amount of work a move required. One day a crew was sent to move a law office from one building to another. There was the usual amount of desks and file cabinets and equipment associated with an office, but there were also at least two thousand boxes of documents. It was a law firm, and every one of their files had to be moved. As any mover will tell you, moving boxes is the worst. It’s not that they are especially heavy (except boxes of books, which are really heavy) but that are they usually come in such great amount that the tedium of moving them would gladly be traded for the challenge of something much larger. A normal house move would have at most fifty to seventy-five boxes, and moving even that many takes a surprisingly long time. Moving two thousand boxes meant that the movers were there until 2:30am. They were all scheduled to work the next day at 8.

One move I was on started at a fairly small house. The living room had floor to ceiling bookshelves that, while claustrophobia-inducing and heavy, weren’t unusual or too troublesome. There was some heavy wooden furniture upstairs, which had to be dismantled to move down the narrow staircase. OK, a huge pain but still not that unusual. Then the homeowner took us down to the basement. With a glint in his eye and no small amount of pride in his voice, he showed us his antique computer collection.

Our professional demeanor prevented us from screaming like we wanted to. He had enormous old monitors, CPUs, radars, cooling units, circuit boards lining his basement walls, all of which were in apparently bomb-proof housing. Everything – everything – in an old NASA reel or an old submarine was present in his basement. Enormous pieces of outrageously heavy equipment everywhere. The metal shelves that held some of his collection were from an industrial storage building on an Air Force base and proved to be insanely heavy in their own right. The majority of the pieces, however, were not on the shelves but placed around the basement, in front of or on top of things that we had to move to get access to other things. In short, it was a tiny house with a tiny basement with a tiny stairwell, filled with bulky, sharped-edged machines that weighed hundreds of pounds each. Laughing, he said that his wife and kids were always telling him to get rid of it. A reasonable idea, I thought, Why don’t you start right now? But he wanted to keep it – “I’ll get it all working someday” –so we had to move it. It was already almost dark when we finished loading the truck. We still had to unload everything but fortunately his museum could be offloaded right through the garage into the basement of his new house.

Unloading a truck is a million times easier and faster than loading it, and we took care of business as quickly as possible, leaving his machines in piles organized enough to walk around but taking no time to sort by use or century of manufacture. This was the job that awarded me a crisp $100 bill as a tip. I also had the chance to drink a cold beer with the homeowners, but not knowing if my coworker/crew leader would approve (it was expressly prohibited to drink on the job), I had to decline.