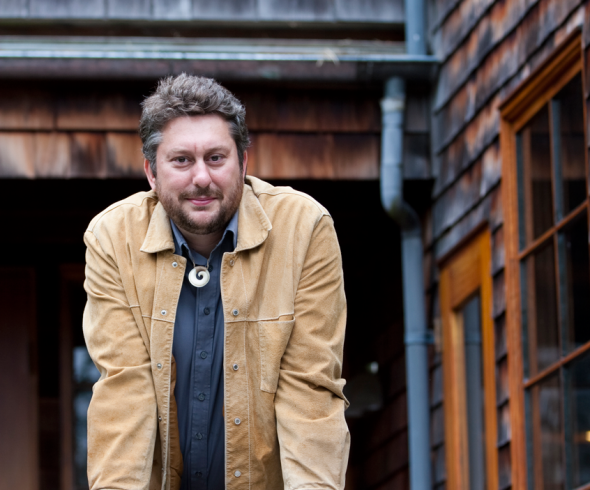 Architect Jason McLennan will speak Saturday, Aug. 13, at 7 p.m. at the South Gym of Antiioch College. He has been engaged to design the first component of the Antioch College Village, the co-housing section.

Architect Jason McLennan, recent winner of two architectural awards, will speak at Antioch College this Saturday, Aug. 13, at 7 p.m. in the Antioch College South Gym. The public is invited.

McLennan, who calls himself a “deep green” architect, has been engaged by college leaders to design the first piece of the college’s proposed Antioch College Village, a co-housing component with separate living spaces but some shared facilities. He will spend the rest of the weekend in discussion with members of the local group interested in co-housing, to consider the potential site and design of the buildings.