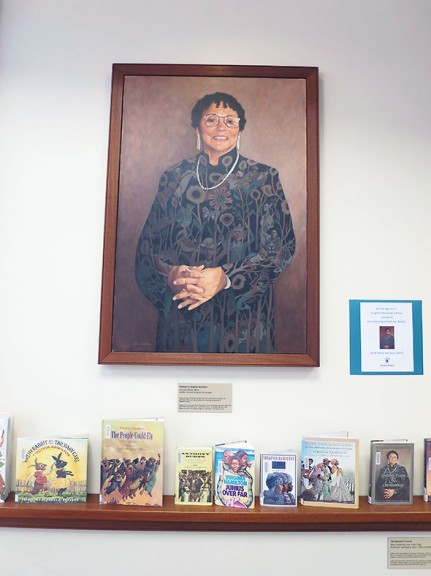 A portrait of Virginia Hamilton hanging at the Yellow Springs Public Library.

Local children’s author Virginia Hamilton was selected on Thursday, Jan. 18, for the Great Ohioan Award by the Capital Square Review and Advisory Board of the Ohio Statehouse.

Hamilton, who died in 2002, was an award-winning author of children’s books, publishing 41 in her lifetime in multiple genres including picture books, folktales, mysteries, science fiction, realistic novels and biography, according to a news release announcing the award.

Hamilton won every major award in youth literature, including the Newbery Medal, three Newbery Honors, the National Book Award, the Boston Globe-Horn Book Award and the Hans Christian Andersen Medal, among other honors, according to a website featuring her work. Hamilton described her work as “Liberation Literature” as it explored memory, tradition and generational legacy in helping define the lives of African Americans, the release added. 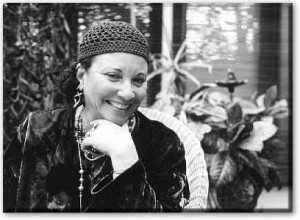 Born in Yellow Springs in 1934, Hamilton graduated at the top of her high school class and received a full scholarship to Antioch College, according the news release. Her mother’s family lived in the area since the 1850s, when Hamilton’s grandfather, Levi Perry, was brought as an infant on the Underground Railroad. In 1969, she returned to Yellow Springs with her husband Arnold Adoff and settled on the old Hamilton/Perry family farm and “into a life of literary achievement,” the release stated.

Hamilton was one of two 2018 recipients of the award, along with former President William McKinley. Together, they join 39 other distinguished Ohioans who have been honored since 2003, including the Wright Brothers, Annie Oakley, Paul Lawrence Dunbar, Thomas Edison and others. Awardees must have lived in Ohio for five years and made a “significant or lasting contribution to the World, American or Ohio history,” according to Great Ohioan website. She is the first from Yellow Springs to receive the honor.

For a 2010 Yellow Springs News article on Hamilton, “Curating the legacy of an American writer:” https://ysnews.com/news/2010/02/virginia-hamilton-book-and-award%e2%80%94-curating-legacy-of-american-writer

For more on Hamilton’s work, visit the website: http://www.virginiahamilton.com/

For a gallery of Great Ohioans, visit: http://www.ohiostatehouse.org/galleries/great-ohioans

One Response to “Hamilton honored as ‘Great Ohioan’”