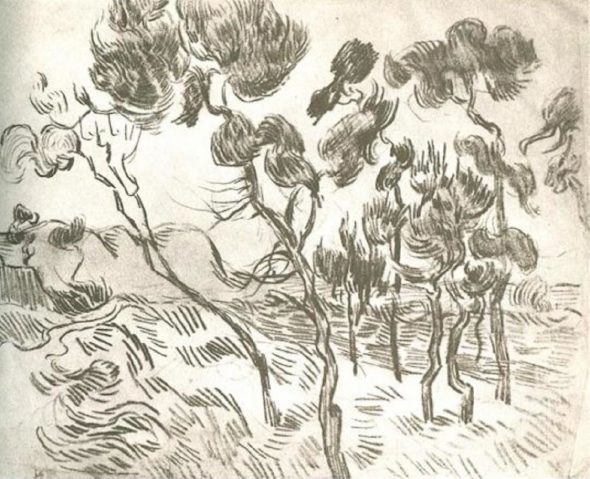 First Lines — The hide and seek of happiness

“There’s just no accounting for happiness,” begins a poem I love by Jane Kenyon. Happiness in this poem is a gift, a grace. It is the prodigal son who turns up after squandering a fortune far away; it is the rich uncle you never knew about who seeks you out, presumably to share his wealth. Happiness comes to everyone, the poem asserts: to monks, to lovers, to the most humble and the most desperate. The poem ends:

I thought of Kenyon’s delicate, wise poem when I encountered this month’s featured poem, by local musician and writer Carl Schumacher. Titled “White Squirrel,” it opens with a small moment in spring, the kind of moment we’re experiencing a lot of these days. As winter slips away and mildness enters, we can feel the mood of the world, and the mood within ourselves, tilt in a new direction. Nothing is different, really, yet it’s all different. And it’s so simple; no effort, no striving is required to participate in the general dilation of happiness, the poem suggests. We have only to wake up “into this morning.”

Here is Carl’s poem, which will be published in a book of his poems this fall:

Carl wrote the poem in early spring two years ago. “It was a rainy day and winter was ending, kind of like now,” he said when I spoke with him recently. And the white squirrel? He’s a real creature, Carl said. The squirrel lives, as Carl does, on Rice Road. Carl’s been watching him for six years. Maybe the squirrel has also been watching Carl. “I wove him into the feeling of a rainy morning,” Carl said. “He’s a little creature in my world who’s mysterious.”

I feel that sense of mystery. For as lovely and sudden and total as happiness can be, it is also connected to darkness. Happiness requires contrast, what the poem calls the “bad dream,” the “old narratives.” And it incorporates reversals, the “hide and seek / beneath the dark pines.” Happiness (like Kenyon’s imagined rich uncle) is not reliable. It is not constant. Searching for it is a kind of game, and it — not us — chooses when it will reveal itself. And when it will vanish.

I love the beautiful abruptness of the poem’s last line: “Something has changed.” A one-line stanza, it is both connected to and separated from the rest of the poem. Does it refer back to the inner shift toward happiness that the poem describes? Or does it anticipate another reversal? We can’t quite say. The poem, like happiness itself, stays in motion. It moves beyond its own close into … what? Into the swirl of life, I suppose. Into the dark pines where a white squirrel must flash like sunlight.

*This column originally appeared in the April 18, 2019 issue of the News.