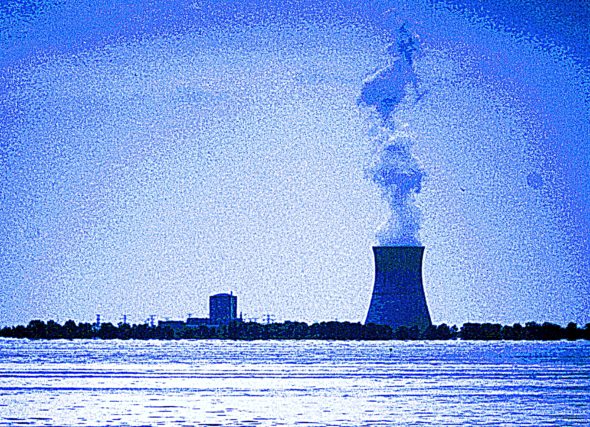 That sounds like good news. Ohio has some of the worst air quality in the nation, with high concentrations of dirt particles and heavy metals from our filthy power plants. Ohio ranked 46 out of 50 states in fine particulate pollution last year.

You read that right. The bill would tax consumers to bail out two aging nuclear power plants, whose parent company has filed for bankruptcy, along with two coal plants, and would ditch Ohio’s renewable energy portfolio standards. That’s decidedly bad news for our air, our climate and our health.

Our rates may go up too. Yellow Springs’ municipally owned electric system is almost entirely committed to renewable assets like hydropower, wind and solar. Only customers of investor-owned utilities (like DP&L or Ohio Edison) would pay a monthly surcharge to bail out the plants, but we could face rate hikes as well. According to Michael Beirne of the Ohio Municipal Energy
Association, if the bill becomes law, the Village’s investments in renewable energy won’t be worth as much.

“It is a sizable loss of revenue to municipal electric communities,” Beirne said this week. Residential solar producers would take a hit too, he said.

As for “clean air resources,” coal is simply the dirtiest form of electricity production. And it’s a stretch to call something clean that produces a waste fatal to life for at least the next 50,000 years. There is also still no long-term storage for high-level radioactive waste in the U.S., and plenty of “clean air” and “clean water” impacts of uranium mining.

Accidents at nuclear plants can, and do, happen. Davis-Besse Nuclear  Power Station in Ottawa County — one of the two plants that would be bailed out rather than shut down — has been the site of of two of the top five most dangerous nuclear incidents in the U.S. since 1979, according to the Nuclear Regulatory Commission. In 2002, a football-sized corroded hole was found in the nuclear reactor lid; just 3/8ths of an inch of stainless steel protected Northwest Ohio from a near nuclear meltdown.

There’s still time to stop this cynical bill. Last week, the Ohio House passed it 53–43, with 10 Democrats voting for the measure and 17 Republicans voting against it. It’s now before the Ohio Senate and will likely, in some form, cross the desk of Gov. Mike DeWine.

Gov. DeWine has spoken passionately about protecting Lake Erie and seems committed to doing so. Keeping two aging nuclear power plants on the lake’s shores, Davis-Besse and the Perry  plant, in Lake County, would endanger Lake Erie and the drinking water of 11 million people. The safest, least-expensive, most climate-friendly and cleanest option would be to let the uneconomical plants be decommissioned and embrace better options. Let our state senator Bob Hackett, and Gov. DeWine know how you feel.

One Response to “EDITORIAL — Clearing the air”