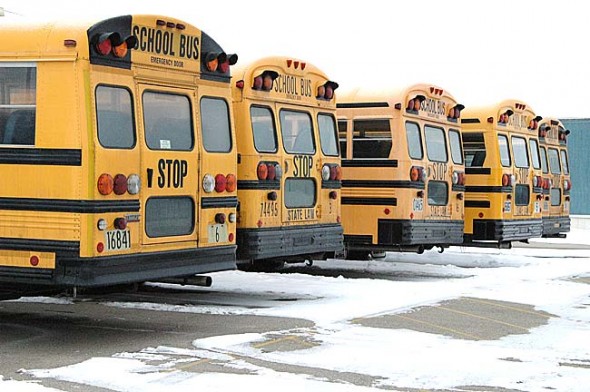 The Yellow Springs school district and a former district teacher have reached a settlement for the second time in five years.

The most recent agreement, signed by both sides earlier this month, closes a civil suit and subsequent countersuit filed in spring 2018 between the district and Angela Bussey, who taught health and physical education at McKinney Middle School for the 2013–14 school year.

The school district sought $25,000 in damages, alleging that Bussey, using a pseudonym, had made false statements about school administrators on social media and broken the terms of a prior settlement with the district, finalized in spring 2015, by commenting on it publicly.

Bussey countersued for $100,000, claiming that the district had not upheld its part of the earlier agreement, and that details about that settlement were already known publicly.

While the new settlement does not assign fault to either side, it includes the stipulation that the district pay $7,500 to Bussey in reimbursement for her legal fees.

The board also agreed to limit the contents of Bussey’s personnel file to her last performance review and a letter of recommendation signed by current McKinney Middle/Yellow Springs High School Principal Jack Hatert.

The four-page settlement document, obtained from the district through a public records request, also includes a “non-disparagement” section restricting both sides from making  critical statements about the other or the case.

A “press release statement,” attached to the settlement as Exhibit A, says the district and Bussey have “resolved all claims” in the suit.

“The parties regret the matter resulted in litigation, as it is now apparent that the filing was due to a miscommunication between Mrs. Bussey’s prior counsel and the School Board,” the statement continues.

“As a result, the School Board has reimbursed Mrs. Bussey her attorney’s fees. It is our hope that all parties involved can put this behind them and move forward in a positive direction.”

A letter of recommendation dated Jan. 27, 2020, and signed by Principal Hatert, also was attached to the settlement as Exhibit B.

Approached separately for comment this week, School Board President Steve Conn, Bussey and her lawyer, David Duwel, declined to speak publicly about the case, though Duwel said the agreement “was mutually satisfactory.”

While the district has agreed to pay Bussey $7,500 for her legal fees, the new settlement states that the agreement does not represent an admission of “liability, responsibility, or any other culpability by either of the Parties.”

Yellow Springs Superintendent Terri Holden, who inherited the case when she came to the district this past summer, said last week that she is “glad it was able to be resolved,” adding, “we have a lot [of other matters] to focus on.”

The final cost of the most recent litigation to the local schools is not yet available, but the total price tag will be in the tens of thousands of dollars, according to available numbers.

When asked for relevant figures, the district’s interim treasurer, Tammy Emrick, was not able before press time to provide costs specific to the Bussey case. She did share, however, total annual legal fee amounts for recent years.

For fiscal year 2017–18, during which the most recent suit and countersuit were filed, the district paid $54,087 to the Bricker & Eckler law firm. But other events affected  that year’s total as well, including then middle/high school Principal Tim Krier going on leave in March 2018 amidst sexual misconduct allegations against a juvenile relative who was a student at the time.

Attorney fees for 2018–19 totaled $132,933, according to Emrick. That amount also covered the district’s legal costs related to the eventual separation from Krier, the nonrenewal of the former treasurer’s contract and contract negotiations with the teachers union.

All told, the school district will have spent over $270,000 in total attorney fees over the three most recent fiscal years during which the suit and countersuit were pursued.

The district’s budget is about $12 million, according to Emrick.

The newly settled suit and countersuit followed the settlement five years ago of a 2014 suit initiated by Bussey when the school board voted not to renew her contract after her first year in the district.

Bussey, who lives in Beavercreek and is married to Yellow Springs Village crew employee Tanner Bussey, challenged the board’s decision not to renew and alleged that then Principal Krier had declined her professional development request and  created a hostile working environment, particularly for women. She also claimed that she sought help from then Superintendent Mario Basora, but received none. In addition, she alleged that amidst the stress of that year she was a client of locally based counselor Aida Merhemic, a school board member who at the time was president of the board. Bussey contended that Merhemic did not disclose her connection to the district.

Merhemic, who has consistently recused herself from board action regarding Bussey, declined this week to comment about the case or her recusal.

Bussey lodged complaints with the Ohio Civil Liberties Commission and subsequently sued the district in August 2014.

In the eventual settlement of that lawsuit the following spring, the district agreed to pay Bussey $20,000 as well as put a letter of recommendation from the superintendent into her personnel file and remove certain documents from her file related to the case. Bussey agreed to resign and drop all other complaints.

In addition to the $20,000 paid to Bussey directly, the district spent $69,271 in legal fees specifically related to the case — nearly $90,000 combined — according to News coverage at the time.

When the district filed suit in April 2018, it alleged that Bussey, using the pseudonym “Gela May,” had made false, derogatory statements about Krier and Basora on Facebook and violated their 2015 agreement by commenting publicly on the settlement.

Bussey, in turn, countersued, claiming that the district had not fulfilled all of the 2015 agreement specifically related to her personnel file. Her claim said that the district had not inserted a letter of recommendation from the superintendent nor removed the relevant documents as proscribed. She charged that her reputation and ability to find employment were damaged when those documents subsequently were disseminated as the result of public records requests.

She also contended that the settlement details had already been made public in a June 4, 2015, article in the Yellow Springs News.

In an email responding to an inquiry from the News at the time, Basora wrote that the district’s action followed board discussion in executive session. No public  discussion or vote occurred.

“As the board’s agent, I called our attorney to file the court claim,” Basora wrote.

The new settlement is dated effective Jan. 27, Bussey signed and dated the document Feb. 3, and board President Conn signed and dated it Feb. 13, after the board voted in favor of approval during its regular meeting that evening.

The school board agenda listed the subject under personnel matters, with the note: “It is recommended that the Board approve Angela Bussey’s Settlement Agreement & Release, as provided.” No related document was included in the public agenda package.

Merhemic abstained from the vote, for which there was no discussion by the board.

The joint statement attached to the settlement agreement apparently was released through the court on Tuesday, Feb. 18, to a single designated media outlet — the Dayton Daily News.

The statement represented mutually agreed upon language by all parties, according to Duwel, Bussey’s attorney, and David Stuckey, an attorney with the district’s law firm Bricker & Eckler.

Reached by phone this week, both Duwel and Stuckey declined to elaborate further on the statement’s assertion that “the filing was due to a miscommunication between Mrs. Bussey’s prior counsel and the School Board.”

Neither would go on the record about the nature of the “miscommunication” and when it occurred. The News was unsuccessful in reaching the attorney who represented Bussey in the 2015 settlement for comment.