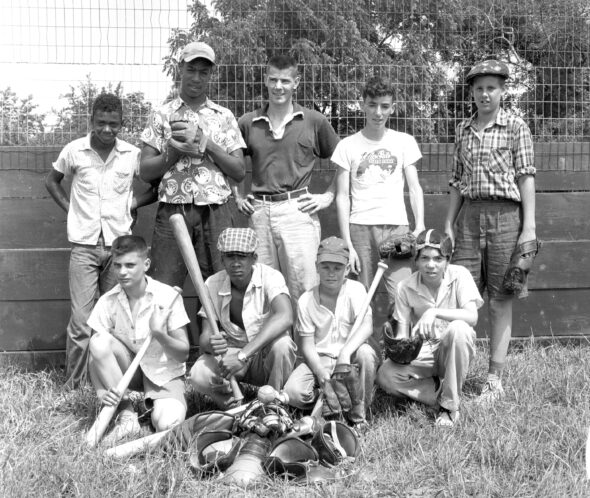 How much to cut back trees? “Should the Village of Yellow Springs trim its trees more aggressively, thereby diminishing the chance of multi-day power outages, like the one that took place after last winter’s ice storm? And if so, how much would such an approach alter the appearance of a village known for its beautiful trees?”

MacQueen to leave Home, Inc. “Almost four decades separates [Yellow Springs] Home, Inc. founding board member and first director Marianne MacQueen and her successor, Emily Seibel. Handing over the organization to the next generation was intentional for MacQueen, 66, who steps down next month from the local affordable housing group after more than 10 years at its helm.”

Supreme Court to get ‘gerrymandering’ appeal. “Village resident and former Congressional candidate Don Hollister, along with eight other plaintiffs, has lost the first round of an attempt to neutralize the state legislature’s effect on Congressional elections.”

Marbles for Principal Holliday. “Honoring a Yellow Springs tradition, the seniors declined to take their graduation too seriously. As a token of the festive nature of the evening, each senior, after accepting a diploma from high school principal Earl Holliday, solemnly awarded him in return — a marble. By evening’s end Holliday’s pocket was a bulge with marbles.”

Football comes to YSHS. “Another school board vote on scholastic football is slated for the ‘beginning of the board’s next meeting.’ The board decided on the vote Monday at the close of a meeting attended by about 200 adults and young people asking the board to reconsider its earlier decision against football.”

Jacoby Creek development. “Xenia attorney and developer Ted Arnovitz Monday night told Plan Board that he hopes to bring an annexation proposal to them soon involving 273 acres west of town.”

Potholes heaven. “The perennial drainage problem in Yellow Springs rose up again Monday night to plague the village council. … The new storm sewer to be built will take care of waters which in the past washed down East Whiteman St., President St. and E. Limestone St. and which have been responsible for washing out many holes and keeping these streets rough. … More than forty tons of patching materials have been used on village streets since patching began last week.”

Cabbage patch or street? “Can anyone tell what is to become of Phillips Street between North College and Whiteman? Gossip has it that it is to be a municipal cabbage and potato patch. It has been plowed up from one end to the other, and the splendid soil would make good we are sure. The secret of the future of the street rests with William Taylor and John Alexander who seem to be bossing the job, but their lips are sealed in silence as to whether it be a cabbage patch or new street.”

Boat stolen. “NOTICE: The parties who have taken the boat off Bryan Park Lake are known, unless it is returned at once prosecution will follow. Edw. Carlisle, Mgr. Bryan Park. By Order of Edgar Stark, Executor of John Bryan Estate.”