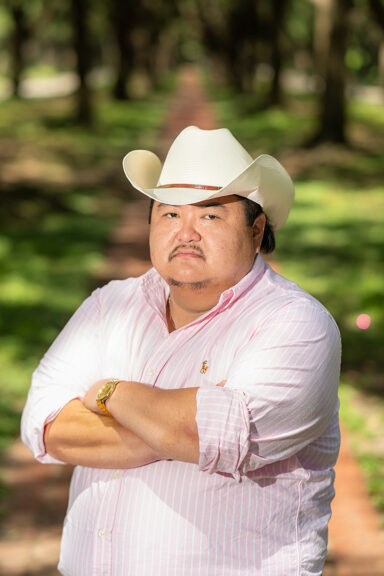 Faced with climate change reality, while giving a commencement address during what is likely to become the world’s hottest June on record, a nation facing soaring inflation, an assault on trans rights by legislators, and with many graduates entering the career world weighed down by heavy student loan debt — how will Emmett Schelling, executive director of the Transgender Education Network of Texas, or TENT, address 30 graduating Antioch College students who have spent much of their matriculation through college under quarantine, in a nation still navigating the effects of the COVID-19 pandemic?

Schelling told the News in a recent interview that his address at Antioch’s commencement on campus Saturday, June 25, at 10 a.m. — the first on campus commencement in two years, and President Jane Hernandes’ first since being named president last August — will be honest in acknowledging the urgent conditions facing the class of 2022 upon their post-graduation entry into the professional world. Schelling will also focus on fairness and equity in his comments.

“Listen, I am another stop in the ceremony before they get their actual diplomas. What this generation is facing, I can’t even imagine. I know they see their reality — their reality is different,” he said.

Schelling has a fiancé and is the father of a 23-year-old. He was named one of Time Magazine’s 100 most influential people of 2022, and said that there was one question students most consistently wanted him to ask President Biden when they learned he was invited to visit the White House — what’s going on with student debt relief?

Schelling, a “proud Ohio son,” was born in Seoul, South Korea, and adopted at the age of 3 by a white family who lived in the Midwest. He grew up in a conservative, mostly evangelical Christian rural community, 45 minutes outside of Toledo, and in Michigan. Schelling said he didn’t feel welcomed. “Not a friendly place for a kid that looked like me to grow up,” he said.

“Being a transracial adoptee at a time when there were two other families that were Asian — the only folks that kind of looked like me — was [still] culturally isolating because I lived with a white family,” Schelling said.

Compounding this was his family’s attempts — including speech classes — to assimilate Schelling, the idea being that cutting him off from any cultural connections would ensure success in the status quo here in this country. Schelling was also involved in conservative political causes at one point.

“I was involved in the young Republicans — all the things that go with how complex things are,” he said.

Nevertheless, despite feeling a sense of cultural displacement, Schelling said he didn’t feel lonely growing up, finding connection and friendship.

“I was lucky because I had a few people in that community, my friends, their families,” he said. “My two friends growing up were Mexican. They said, ‘Hey, you’re better off with us. You know you’re not white, right?”

Schelling, who is transgender, said that the communities where he grew up were not safe places for queer or transgender kids to come out, though he did tell a few people close to him.

“Overall, I did not come out publicly because I really thought someone would kill me,” he said.

Schelling grew up with siblings who were teenagers when he was adopted into the family. He said his sister, who is 14 years older, saw early indications that he was uncomfortable with his gender at the time. He said they share a memory of when he was about 3 or 4  years old in which he acted out of character.

“My sister was trying to curl my hair and put a dress on me. Essentially, I really pitched a fit and ended up burning my head because of the curling iron, all really surrounded by the fact that I didn’t want this makeover,” Schelling said.

Schelling told the News that his experience is “now a journey that people understand on a wider level.”

“I really think back to age 9 or 10 — I found scissors and never went back [to the way he was before cutting his hair]. This is who I’ve been for the vast majority of my life,” he said.

Schelling said coming out as transgender is particularly difficult.

“A hard thing for trans folks, because it is coming out constantly,” he said.

“I think one of the things that I see that is specific to my friends, family and community is the need to strategize simply to be safe,” he said. “Living your life navigating safety … in the trans movement where you cannot ignore the depth … it forces us to acknowledge race and ethnicity, understanding that there is a class factor, generational poverty. How does all this tie in with somebody, who they are in their literal skin? It’s given me a fundamental understanding of how unsafe the world can be.”

Schelling also acknowledged that his experience as a transgender man involves the complexity of the societal privilege of being an Asian child adopted into a white family. And while not discounting “the sky rocketing numbers of Asian-hate-fueled violence,” his experience helped him navigate being homeless with a small child during a rough patch of his life.

“We need to have the humility as a people. Adoption won’t insulate me, but class and privilege can help navigate through the system, I can be in a crisis but have more privilege and access to resources. I’ve tried to be more mindful [of this] as I’ve stepped forward in my work,” Schelling said.

Schelling said that despite the extreme hardships and challenges he’s faced as a trans man in his life, others have had it worse.

“I understand how this all plays out, all the discrimination that affects the quality of life, and I look at the Black trans women that are my colleagues, trans people of color that have gone through experiences that have made mine pale in comparison,” he said.

“TENT is a BIPOC, trans-led organization, from board to staff, that focuses on policy, on community outreach and legislation. We are not a direct service organization — not that we don’t love direct services,” Schelling said, adding that the group holds trainings and community events  “because of all the patriot front entities, like Infowars, showing up at PRIDE, trying to take pictures.”

He acknowledges that the work towards change is “slow moving and incremental.”

“I tell our team the work we do is hard for a whole slew of reasons … that we will not most likely see the most powerful products of this work, the permanence of change that we are trying to create,” Schelling said.

The conservative-leaning Texas Legislature, along with Texas Gov. Greg Abbott, have been on the forefront of creating anti-transgender legislation in recent months. According to a Feb. 2022 article from NPR, it was reported that Texas Attorney General Ken Paxton issued an opinion suggesting that gender-affirming surgery, a procedure “that gives transgender people a body that aligns with their gender identity,” was child abuse. These attempts have had a ripple effect in other conservative leaning states, including Ohio, where similar legislative maneuvers have been attempted in recent months. TENT, with Schelling at its helm, has provided leadership in countering these initiatives on behalf of the trans community.

“One of the things that really struck me last year during session is that Texas usually goes for six months, and we met for 10. Texas accounted for over half of all anti-trans legislation [in the nation], and we stopped all but one — trans inclusion in sports,” Schelling said.

Despite the constant legislative battles, Schelling also sees a need for his colleagues to “envision understanding” from within, calling for “radical kindness” in a workplace and when working with people in the greater community.

Schelling also wants TENT to avoid “perfectionist culture,” a term used to describe “a culture of blame and guilt” that can plague organizations. Schelling says it has impacted the overall trans community, but specifically mentioned its effects on the Black and transgender and disabled and transgender communities, and said it is an “equity issue.”

Schelling finds leadership direction and inspiration from his own child, now a young adult, and in the up-and-coming generation who will be the future leaders.

“My child teaches me so much about what needs to happen in my own leadership. The perspective and understanding that they have, I can only learn from. I believe this generation will be the leaders in this movement, to turn back the harm  caused, and it’s going to take a generation of leaders and young people with a vision of what that [future] will look like,” he said.

Schelling is calling for radical equity, radical empathy and radical commitment, eschewing the need for martyrdom in the trans movement while recognizing difficulty.

“We don’t need another generation of martyrs in the trans movement. Understanding discomfort and hardship is part of the journey,” he said.

Tickets and masks are required for seating in the tented section at Antioch College’s graduation ceremony, Saturday, June 25. Additional seating is available outside the tent. The 10 a.m. event will also be live streamed in McGregor Hall.