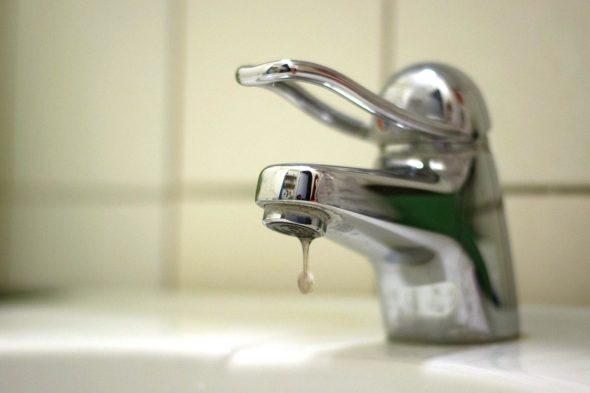 Pending Council approval at an upcoming meeting, municipal electric rates will increase in 2023 by 5%, sewer rates by 6% and water rates by 10%. Incremental rate hikes will continue through 2027.

The Village of Yellow Springs began 2023 with a straightforward mission: to broaden revenue streams.

At the forefront of these fundraising efforts are proposed villagewide utility rate increases and an adjustment to the Village’s reciprocal tax arrangement — both of which will be the central topics of an upcoming town hall meeting in which Village Manager Josué Salmerón will publicly outline the changes.

Scheduled for Wednesday, Jan. 11, at 7 p.m., in Council Chambers, the town hall will provide village residents the opportunity to weigh in on both topics, either at the in-person meeting or via Zoom.

In a memo sent to Council before the group’s Tuesday meeting, Salmerón provided an initial breakdown of the proposed utility rate hikes. Pending Council approval at an upcoming meeting, municipal electric rates will increase in 2023 by 5%, sewer rates by 6% and water rates by 10%. Incremental rate hikes will continue through 2027.

“Economic forces beyond our control — such as high inflation rates over the last two years, tough labor market conditions and little to no growth in residential and business customers — require us to raise utility rates,” the memo read.

As for the reciprocal tax arrangement, at a recent joint meeting between Council, Miami Township trustees and YS school board members, Salmerón said that adjusting those rates could generate upwards of $120,000 per year. Under the present arrangement, the Village does not collect local income tax — up to the Village’s current rate of 1.5% — for residents who pay tax to another municipality in which they work.

Leaving those topics for the scheduled town hall and the next Village Council meeting, Council members instead turned their attention at this week’s meeting to several resolutions and an ordinance that, while not as far-reaching as the above changes, would still bring in additional revenue.

Council gave a first reading to an ordinance that would overhaul the permitting fees section of the zoning code. Under the ordinance, those seeking zoning permits, new construction permits or a submission of an application to the Village’s Planning Commission may have to pay more.

“We realized [our fees] were really low in comparison to other communities,” Planning and Zoning Administrator Denise Swinger told Council. “[Staff] wanted to come up with some sort of average.

We looked at Bellbrook, Kettering, the City of Oakwood, Fairborn and a few townships. It’s in the middle — we’re not gouging people, but we’re also not lowballing either.”

While some permitting fees would increase a marginal amount — with a fence application rising from $15 to $35, and a demolition permit going from $15 to $25 — other fees for larger projects would sharply increase. A preliminary plan application for a planned unit development would go from $150 to $300. A conditional use application would rise from $100 to $150.

According to Swinger, the last time the fee schedule in the zoning code was overhauled was in 2013, with minor changes made in the years since. She added that, despite the fee increases, the amounts the Village would charge moving forward would remain competitive with other municipalities.

“We’re trying to find a balance,” Swinger said. “We’re a small community. We don’t have a lot of incentives to offer new businesses coming in. So, this is one way to make it more appealing — to not have too high of [zoning fee] amounts.”

Village Council is set to give the ordinance a second reading and open up the floor for a public hearing at the group’s next meeting on Tuesday, Jan. 17.

Also at Tuesday’s meeting, Council reviewed a resolution that grants Village staff the authorization to sell municipally owned personal property that is no longer needed for public use.

“This is a housekeeping item,” Salmerón explained. “We have equipment that becomes obsolete or outdated and we try to recover some value from that by selling it on [online] auction sites. So, this allows us to sell what’s no longer needed.”

Although Salmerón didn’t specify what items the Village aims to sell, Council unanimously approved the resolution.

Council then approved a resolution that extends the lease held by Stoney Creek Garden Center on the Village-owned land at 4550 U.S. 68 North. The resolution increased the business’ rent from $868.22 per month to $911.63 per month.

Master gardeners Steve and Karen Reed have operated Stoney Creek since spring 2015 when they began leasing the eight-acre land from the Village.

Council members unanimously approved a resolution that authorized Salmerón to enter into a lease with village resident and sculptor Jon Hudson, whose 12-foot, 20-ton boulder has been sitting on the Village-owned Center for Business and Education, or CBE, site since mid-November.

The Village will now charge the sculptor $138 per month to host the giant rock.

Hudson was tasked with creating a sculpture out of the stone for the Clippinger Chemistry Building at Ohio University in Athens. It was initially slated to be delivered to Hudson’s studio on Walnut Street, but it didn’t take long for the crane operator to determine that both the crane and the truck carrying the stone were too big for the space. The rock now resides just outside Cresco Labs, and is visible from Dayton-Yellow Springs Road.

“In speaking with [our Village solicitor], we needed to have a lease on this deal that authorizes Jon to have the boulder at the CBE and to be able to work on it while he’s there,” Salmerón said. “We take no responsibility for the security of [the boulder], but I don’t think it’s going anywhere.”

Additional coverage of the Tuesday, Jan. 3, Village Council meeting will appear in next week’s issue of the News.