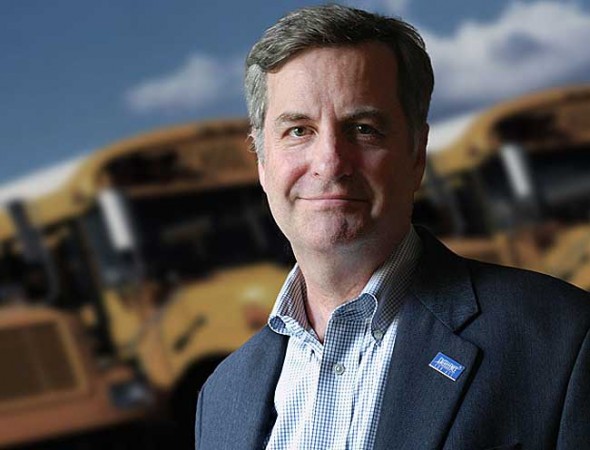 Mark Roosevelt, the finalist for the position of president of Antioch College, believes that leading the recently-revived college would present “an incredible opportunity to work in a collaborative way to innovate and explore different ways to provide a liberal arts education in the 21st century,” he said in an Oct. 7 phone interview.

Roosevelt’s wife, Dorothy, and their 4-year-old daughter will accompany him to the village, he said.

On Wednesday, Oct. 6, Roosevelt resigned from his job as superintendent of the Pittsburgh Public Schools, effective Dec. 31. He has not yet been offered the Antioch job but if he is offered the job, he will take it, he said. The Antioch College Board of Trustees is expected to vote next week after Roosevelt’s visit.

A second finalist was also invited to campus, but has since dropped out of the running for personal reasons.

Roosevelt has worked as superintendent of the Pittsburgh schools for the past five years, and local papers have credited him with helping to turn around a troubled school system.  In a Pittsburgh Post-Gazette article on Thursday, the president of the teachers’ union credited Roosevelt with changing an acrimonious public school culture and bringing together administrators, teachers and union officials to help the schools move ahead. The Pittsburgh schools recently won a $37.4 million grant from the U.S. Department of Education, and also won a $40 million grant from the Bill and Melinda Gates Foundation. Roosevelt also led the Pittsburgh Promise, a new program that provides college funding for public school students.

“If you look at my career, it can be argued that I’m good at facilitating collaborative visioning processes, arriving at a powerful mission and then raising the resources to bring that mission to reality,” Roosevelt said.

Before his tenure as superintendent, Roosevelt served as a Massachusetts state representative, where he chaired the Education Committee and guided passage of the Education Reform Act of 1993. According to Wikipedia, the law provided “fairer funding of school districts and raised standards with statewide tests that students must pass to graduate.” He was also the Democratic nominee for governor of Massachusetts in 1994.

See the Oct. 14 Yellow Springs News for a more detailed story on Roosevelt.