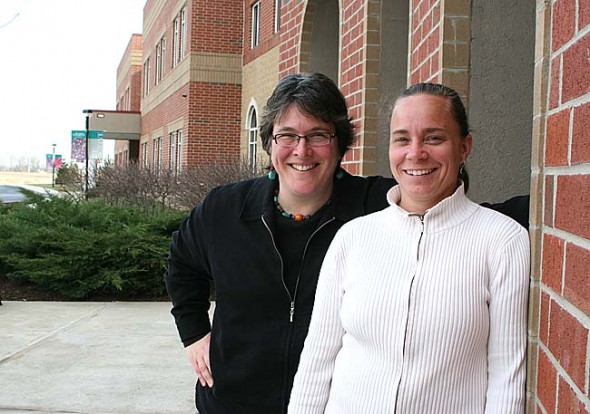 An upcoming educational conference at Antioch University Midwest and Antioch College seeks to address topics of concern to many local parents and educators: how technology affects children, and how best to create safe, healthy schools. The series of events features an international expert on school climate and an area expert on the effects of technology on children.

The “Safe School Climate: Making the Invisible Visible” education conference will take place May 8 and 9. Featured are author and educator Kim John Payne, the author of Simplicity Parenting and founder of the Center for Social Sustainability, along with Wittenberg educator Lowell Monke.
The conference includes several events, beginning with a pre-conference four-hour session with Payne on May 8, which takes place at Antioch College, and a free lecture by Payne that night. It continues on May 9 with a day-long session with Payne at Antioch Midwest. Cost for the workshop is $125 for both days, and $75 for only one, with student rates available.

A related event on the effects of technology on children, featuring Monke, will take place Thursday, April 18, at 7 p.m. at the AU Midwest PNC Auditorium. That event is free to the community.

“The topic of school climate is connecting parents, teachers, students, higher education faculty and nonprofits in organizing an event that offers something to everyone,” said AUM School of Education Director Marian Glancy in a press release.

Co-organizers of the conference are Sarah Wallis, the assessment coordinator for the School of Education at AUM, and Antioch College community liaison Jennifer Berman. As well as having a timely topic, the event is significant as a collaboration between Antioch College and Antioch University, the first since the college gained its independence from the university in 2009.
“People are excited about it both inside and outside the institutions,” Wallis said. “This is showing that it [collaboration] can be done and will be done. This is the first of many.”

It’s also noteworthy that Yellow Springs public schools are providing support, along with the Yellow Springs Community Foundation, Project Trust and Think Tank, Inc., according to Wallis.
“It’s a community event where we’ve all come together to do this,” she said.

The collaboration between Wallis and Berman began when Wallis volunteered to help the college train students in mediation techniques for resolving difficult situations.

“We’re trying to figure out a new way to deal with conflict,” Berman said.

Of interest to both Berman and Wallis is the strategy of “restorative justice,” in which the offender in a difficult situation is not banned from the community, as often happens in traditional strategies, but rather is included in the solution.

“The process is more inclusive, with an emphasis on keeping the person in the community, getting everyone involved in a dispute working together to figure out a way to make the community whole,” Berman said.

Payne, an educator for 27 years, is a leading advocate for restorative justice who has spoken on the school climate issue on television networks ABC, NBC and CBS, among other places. He also writes a blog for Huffington Post on issues related to parenting and school climate, and has been featured in Time magazine, the Chicago Tribune and the L.A.Times.

“I’m am thrilled to be a part of this conference. I feel the approach of connecting social inclusion of marginalized student populations to overall school climate is timely and essential to creating an effective learning and compassionate community,” Payne said in the press release.

The May 8 pre-conference sessions will include The Cost of Poverty and Other Issues of Diversity; Project Trust: Building Inclusive Communities and Breaking Down Barriers Between Student Cliques; and Overcoming Social Overwhelm: Building our Kids’ Resilience to Bullying, Teasing and Subtle Non-Inclusion.

Workshop topics on May 9 include Assessing School Climate; Signs and Symptoms of Student Mental Health Issues; School Climate Initiatives by the Ohio Department of Education; and student panels on topics such as GLBT issues and resources.

“I am extremely excited at the opportunity to host a conference that facilitates the exchange of skills and resources to create safe and inclusive environments for learning,” AUM School of Education Director Glancy said in the press statement.

And while how to address bullying is in the limelight in many school communities, the effects of technology on children is also high on parents’ lists of concerns, Berman said.

“Screen time is a huge source of conversation and strife” among local parents, according to Berman, the mother of two elementary-age children. “People feel these things are getting away from them, like we’re on a runaway train with all on board, but we’re not happy about the ride.”
Dr. Monke will address this topic on April 18 in his talk, “Unplugging Narcissus: Why a High Tech Society Needs a High Touch Childhood.”

Monke, who has focused his work on the effects of technology on children for the past 15 years, believes that some of  the concerns receiving publicity on the topic, such as “sexting,” may be focusing on the wrong issues.

“Those things may be important but don’t get at the fundamental problems,” he said in an interview last week.

It’s not clear what the effects of this shift are, but one may be that children care less about learning, since they don’t bring as much real-world experience to the table, Monke said. And he has also looked at how the average 7½ to 8 hours a day that children spend engaged with technology has affected their social skills.

“My students to a person admit that when they come to class they fake texting rather than talk to the strange person sitting beside them,” he said. “What does this mean about their capacity to have good social skills?”

At Antioch College, staff is aware of the challenges of communication issues among young people, according to Berman.

“At Antioch, we’re all about community, and the value of face-to-face conversations,” she said. Most Antioch College students grew up texting and on Facebook, and “We’re all figuring out how to talk to each other.”

And while many Antioch College students have excellent social skills, “this generation has new issues,” she said.

For more information on the Lowell Monke lecture, contact Berman at jberman@antiochcollege.org. To register for the Kim Payne events, go to http://midwest.antioch.edu/education-conference. 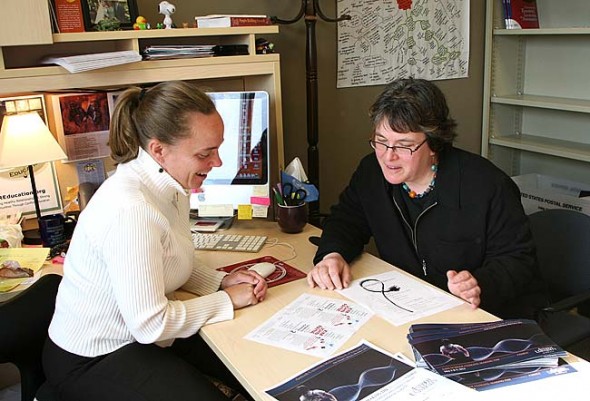