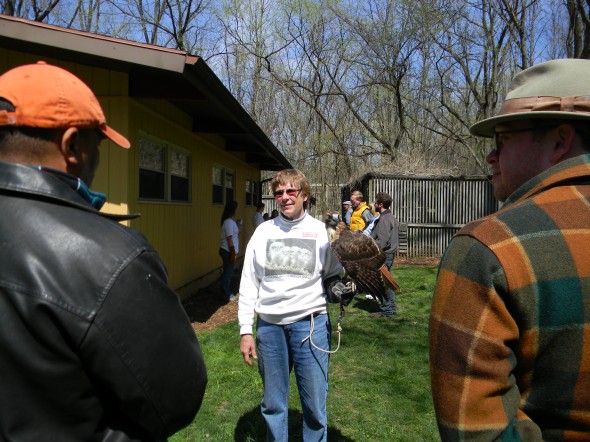 The Glen Helen Raptor Center held an Earth Day celebration on Sunday, April 21, introducing eight species of raptors to assembled bird-lovers, and releasing a rehabilitated Cooper’s hawk into the wild. 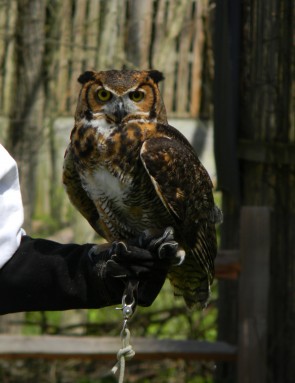 A great horned owl stares down the camera.

According to Raptor Center Director Betty Ross, the hawk was found “injured and starving” in a Walmart in Greenville, Ohio. After rehabilitating a bird, Raptor Center workers typically release it where it was found, but in this case, thought the Cooper’s hawk might prefer the offerings of Glen Helen to the department store.

Before the release of the Cooper’s hawk, all those present met some of the Raptor Center’s other residents up close, including a red-tailed hawk, an American kestrel, a Peregrine falcon, a barn owl, a barred owl, a saw-whet owl and a great horned owl.

The actual release of the hawk was a truncated affair; before it could be taken from its carrier and introduced to all those present, the Cooper’s hawk seized the moment, immediately taking to the skies and disappearing from sight.