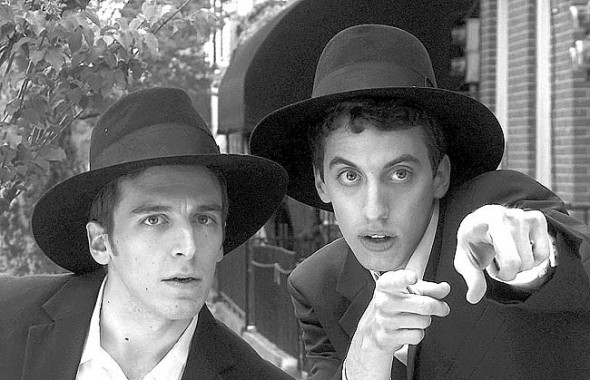 A still from the short film “The Tailor,” which will screen on Oct. 15 at the Little Art Theatre as part of the Asbury Short Film Concert, a New York-based traveling film festival. The festival aims to be a sort of primer for the medium, and will be showing “short classics and festival darlings.” The festival is non-competitve and charges no entry fees for filmmakers. (submitted Photo)

The website of the Asbury Short Film Concert acknowledges the dilemma in watching the Academy Awards and not being familiar with the films awarded the Best Short Film or Best Short Animation Oscars. The website explains that not only is the viewer unaware of these films but doesn’t know where in the world they can be seen.

Enter Doug LeClaire and the Asbury Short Film Concert, a short film festival that will come to Yellow Springs on Thursday, Oct. 15. The “fast-paced” New York-based festival is a showcase for short films that spans the genres of animation, experimental, drama and comedy.

“My respect goes out to filmmakers who tell a story in less than fifteen minutes,” LeClaire said. “Telling the beginning, middle and end of a story — and making it visually interesting — is tough to pull off successfully” in that short amount of time.

The festival was born from LeClaire’s own love of the medium — he wants to share his appreciation with audiences who may not have much experience with it. Asbury is a mix of “short classics and festival darlings,” he said, including one of his favorites “The Bloody Olive,” a 12-minute film noir spoof from Belgium. The festival will be shown at the Little Art Theatre. Popular local musicians Speaking Suns will open the festivities at 7 p.m. with an acoustic set inside the theater.

LeClaire made a short film in the 1980s that made it onto HBO, and has worked in show business since then. Short films are a “filmmaker’s business card,” he said, and he understands the uphill battle of getting one’s film shown. As a short film maker out of college “eons ago,” LeClaire realized that there were not many venues to see college filmmakers’ films. It was the era before filesharing and streaming, LeClaire said, and because there were not many film festivals at the time there was not a lot of critical appreciation for the medium. (As opposed to today, where there is “one on every street corner,” he said.)

In 1980, LeClaire and some friends put the festival together, screening the films of college and independent filmmakers from the area and beyond. The collection was initially shown in the basement of a church and grew to fill a “spacious auditorium” on a campus in Manhattan. The organizers added music, comedy and art exhibits to the festival in the 1990s, and it has been hosted by celebrities such as Bob Balaban and Harvey “Winston the Wolf” Keitel. The festival began touring in 1998 and recently played in Albany and New Hampshire.

LeClaire aims to make Asbury friendly to filmmakers, and fashions it as a venue to show films outside the costly film festival circuit. Filmmakers pay no entry fee to be in Asbury and it is not competitive. LeClaire sympathizes with those who have “mortgaged their houses to make their films” only to have their vision sidelined by the “exorbitant costs” of film festival entry fees, which can run from $35–$115. It’s a cost that adds up quickly considering the dozens of festivals held every year — filmmakers now work festival entry fees into their budgets, LeClaire said.

Yellow Springs resident Holly Hudson used to work in film production with LeClaire and helped bring the festival to the village. She explained that people love short films because they don’t require the time and energy commitment of feature-length films. The story is over before you know it, making a statement that’s poignant because of its brevity.

Little Art Theatre operations manager Brian Housh said the festival is “exactly the kind of thing we like to show at the Little Art.” He cited patrons’ exposure to new directors and genres and the crossover of art and music as “cool elements” of the whole affair.

“It’s one of the premier short film festivals in the country,” he said. “We’re glad to have it.”
In addition to featuring an area band to open the show, the Festival has added a regional touch to the Yellow Springs showing. During the showing, at 8:05 p.m., Asbury Shorts will show three award-winning films by Ohio-based independent filmmaker Mitchell Rose. Rose is a choreographer-turned-filmmaker, and his comedic, dance-themed short films earned him a position as professor of dance-filmmaking at The Ohio State University. Hudson said that Rose’s films take the constraints imposed by the length of a short film and use them to create “extremely creative” films that feature “unusual incorporations” of dance.

With the mix of films and genres and other media, the audience will be presented with a kaleidoscope of ideas and emotions for the festival’s duration. The number of entries ensures a jam-packed evening. But does a collection of shorts necessarily make for a short evening?

For more information, visit http://www.asburyshortsnyc.com or call the Little Art Theatre at 767-7671.