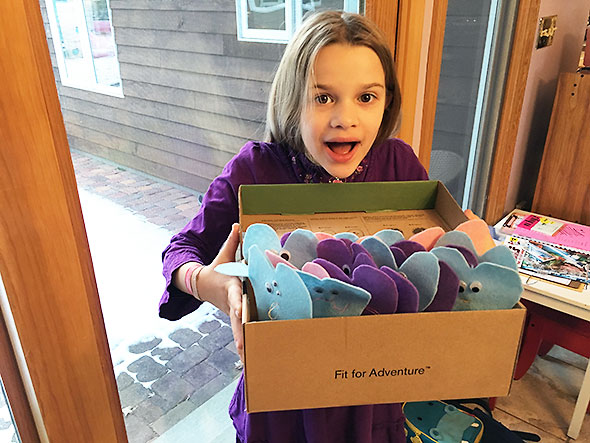 BLOG-I Mustache You to Be My Valentine

We got a good jump on Valentine’s Day this year. A couple of days before Friday’s card exchange at school, we picked up Elmo valentines and star wars stickers at the Dollar General for our son to give his Kindergarden classmates. The result may be an odd collision of two distinct worlds, but my son was quite happy with both…the old favorite and the new obsession.

Inspired by the crafty Kylo Ren, my daughter decided to make her own valentines. We visited Unfinished Creations, 243 Xenia Avenue, with mischief in mind. Thinking along the lines of deep red construction paper, we searched among the craft supplies. My resolve weakened first as I came across a stack of felt, several sheets thick in pink and fuchsia. I drew my daughter’s attention to the stack and she declared, “Perfect!” On the adjacent shelf, I spotted the brightly colored popsicle sticks that we had used to make valentines in 2014. Next to them was another set of sticks, even more intriguing. These were as brightly colored as their immediate neighbors, but they were slotted so that they could interlock like lincoln logs. Not even bothering to consult with my daughter, I snagged the slotted stick and threw them down on the checkout counter. 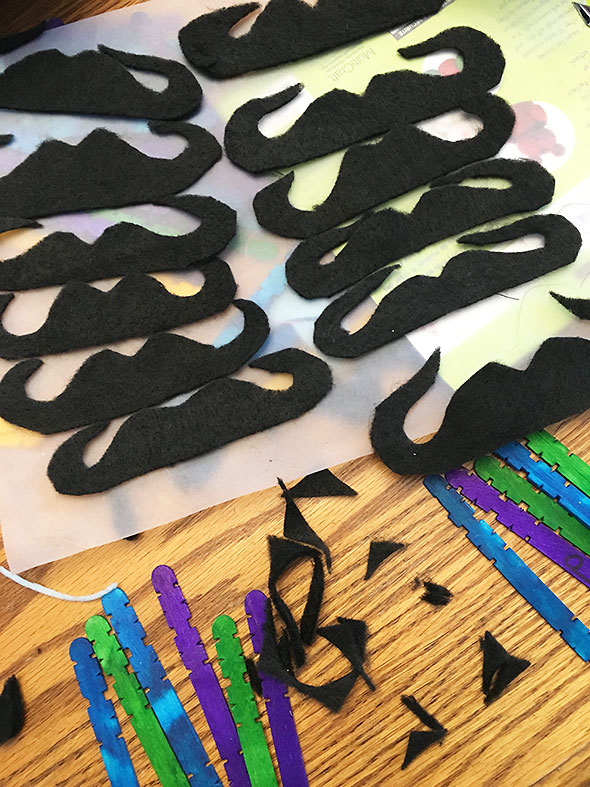 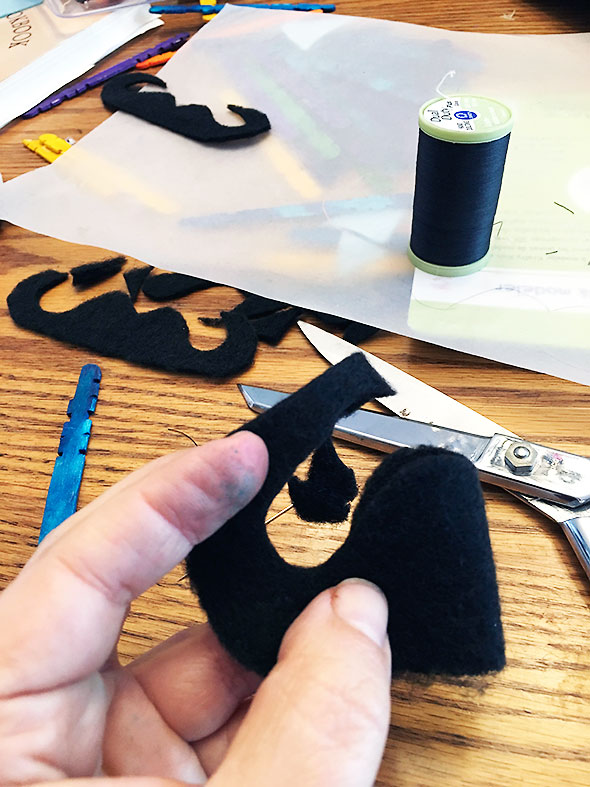 Having arrived with the felt before me, my daughter was consulting with owner Pam Hogarty about a complication that occurred to her. She wanted to write To: and From: on each heart that we cut from the cloth and asked Hogarty if we could use pen on the fabric. Hogarty shook her head advising against it. I pointed out the handy-dandy popsicle sticks, and Hogarty agreed that the soft wood would take lead pencil or the ink of a sharpie well. Not convinced, my daughter looked around as if to try and light on a different solution. Her eyes fell on a set of modeling clay that sits opposite Hogarty’s checkout. Drawn to the packages of twelve clay sticks—each the size of a piece of chalk—she had a sudden brainstorm: We could use the clay to make bases for each valentine—-felt hearts mounted on slotted sticks as suggested—so that each was held upright. Clapping our hands together in anticipation, we added the packages of clay to our purchases and thanked Hogarty for her excellent counsel. 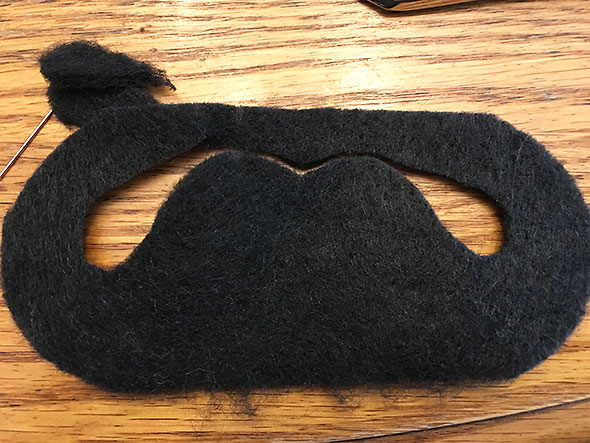 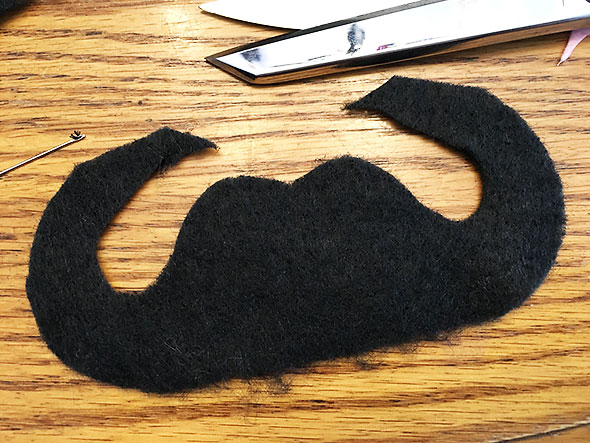 At home, we put the valentines together assembly-line style. My daughter labeled the popsicle sticks with the names of her friends. My husband cut out felt hearts four at a time. I sewed the hearts to a popsicle stick. While searching for a needle in my daughter’s sewing kit, I found a missing element—a package of goggly eyes in an assortment of sizes. I handed the package over to my daughter and husband; they took the task to glue a set of eyes to each valentine. At first, the felt hearts were given two matched eyes aligned according to the orderly view of the universe as seen by one’s parents. My daughter however determined that the valentines needed to be “derpy”. To that purpose, She began mismatching the googly eyes. Her enthusiasm in her task increased as she anticipated which friends would appreciate DERPiness more than others. I wasn’t sure that she had locked onto a positive track—this moment would be the very moment when the my daughter’s lexicon broke dramatically away from my own—but to her DERP conveys a benign silliness. Kind of like the way Gumba marked a fellow as both goofball and family—someone from my own place—when I was a child. Once we made the derpiest, most gumba-ish valentines, my daughter picked out a color clay stick for each friend and mold the base for their valentine. We found an empty shoebox and set in the valentines upright so that they looked like a bouquet…goofy but filled with affection. 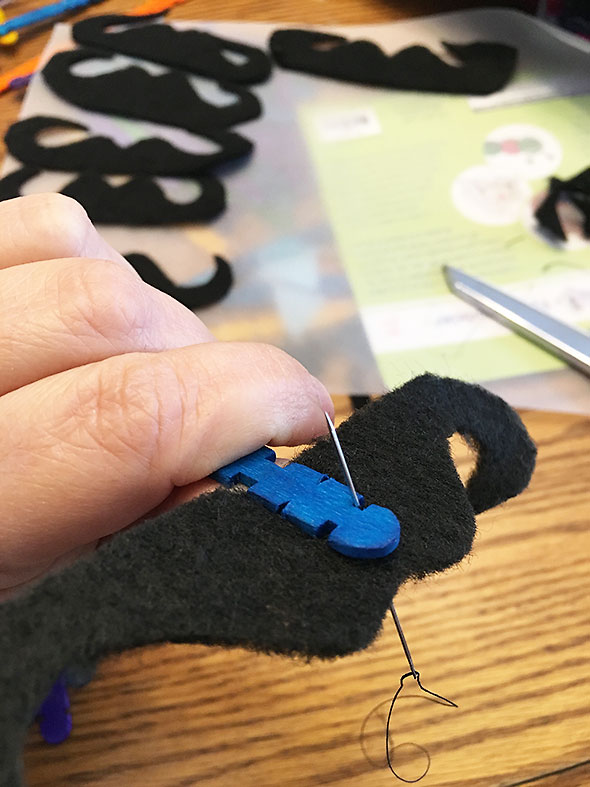 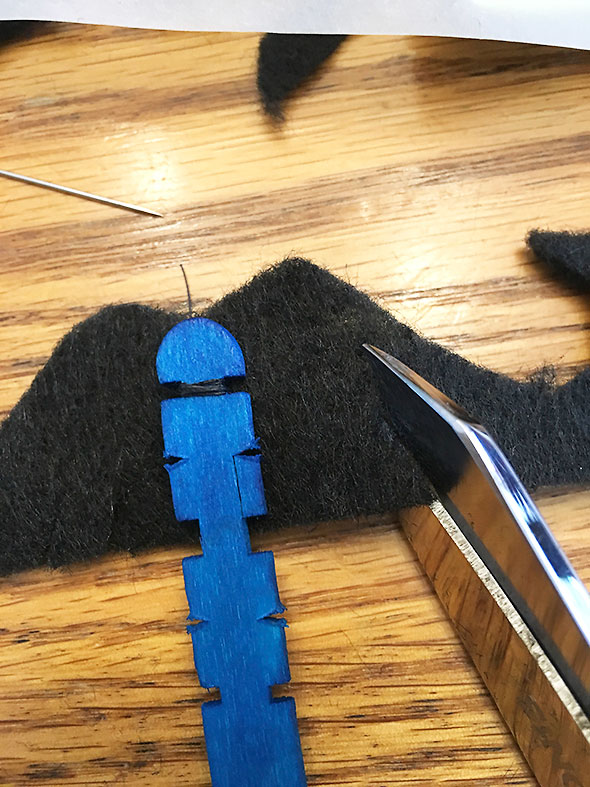 While my daughter and I finished up her valentines, my husband worked with my son’s. I went to bed satisfied with her offering but less so with his store-bought tokens. The googly-eyed hearts had been so fun to create; I felt we had short changed the boy. I itched to do another round of valentines. Thinking back to the popsicles that we embellished in 2014, I remembered how much the first graders enjoyed their sparkly mustaches. I went to sleep thoughts churning in my brain.

I hopped out of bed early the next morning with a plan freshly hatched overnight. Instead of hearts, I’d cut out felt mustaches. I found a couple of black sheets and cut them in half along their narrow dimension. In this way, I made four strips of black felt, each 4.5″ wide by about 12″ long. I divided the 12″ length evenly so that I had 24 strips of black, each about 4.5″ by 2″. 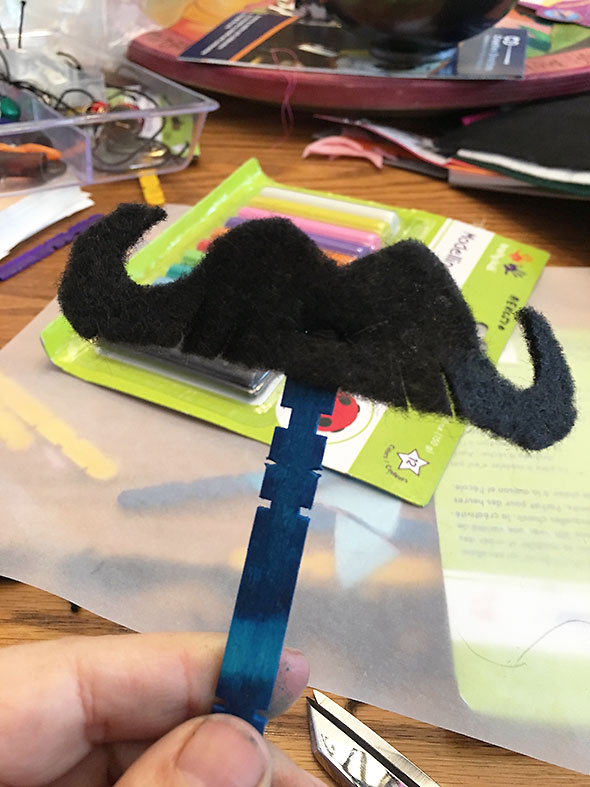 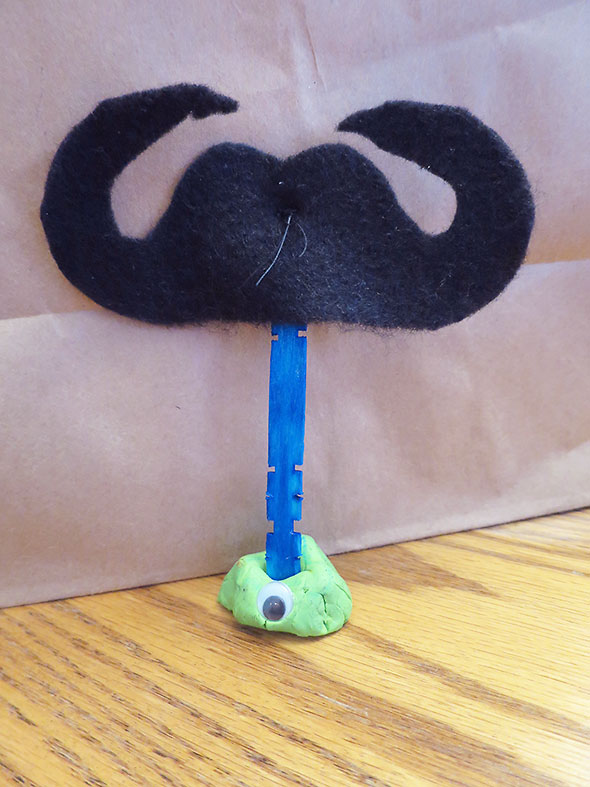 I had a sliver of time and only so much material so I had to work fast and efficiently. To cut out a mustache, I came up with a simple cut pattern: Fold the strip in half along its longest length. Trim the open end so that the corners are rounded. Starting near one corner of the folded end, I cut out a drooping tear to form the inside curl of the mustache. Then I opened up the fold and cut out a small triangle to separate the handlebar tips of the mustache and finish by smoothing the tips up and away from each other.

I had fun finding the balance point at which the handlebar mustache would stand up to great heights without sagging under its own weight. I also had fun sewing the mustache to its popsicle stick. Instead of hiding the knot holding the first stitch in back, I poked the needle through front to back and left long strands of the knotted string intact. In this way, I added a few bristly whiskers to the felt mustache. Checking out the final form in the mirror, I giggled, cocked an eyebrow, and wily told my reflection, “I mustache you to be my valentine.”

When I formed the bases for the mustaches, I couldn’t help but add a googly eye to the base. “Eye mustache you…”

I stopped by Unfinished Creations to pick up a little more clay to finish the bases. I showed Pam Hogarty our final products. She laughed and wondered out loud where in the world this whole mustache craze came from. She told me, “You know, there is copper shaped mustache available for order from the craft supply catalog,” and it was my turn to chuckle. For now, I’m satisfied with our current media. Besides, if we are to upgrade material, I kind of like Kylo Ren’s stylings in black leather and the silvery metals. Kylo Ren is crafty and so, my friends, are we.