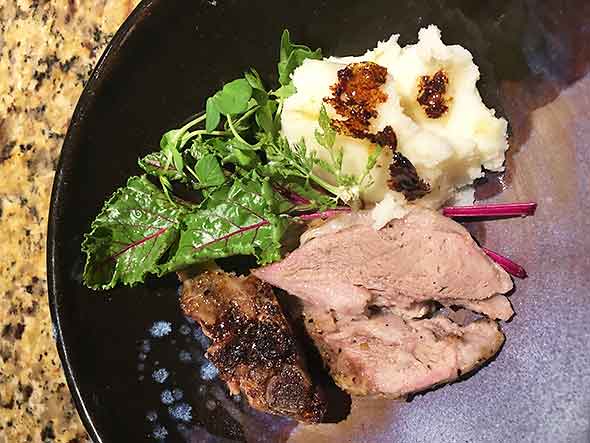 We’re used to thinking of the summer as the time of great bounty in local foods but winter has been bountiful too. I picked a bag of mushrooms from Flying Mouse Farms two weeks ago. These Shiitake mushrooms…or what my husband Jeremy calls Chautauqua mushrooms…have milk white centers. So meaty and fresh that Jeremy snacks on them raw right out of the refrigerator. I’ve learned to not leave them alone on the kitchen counter. 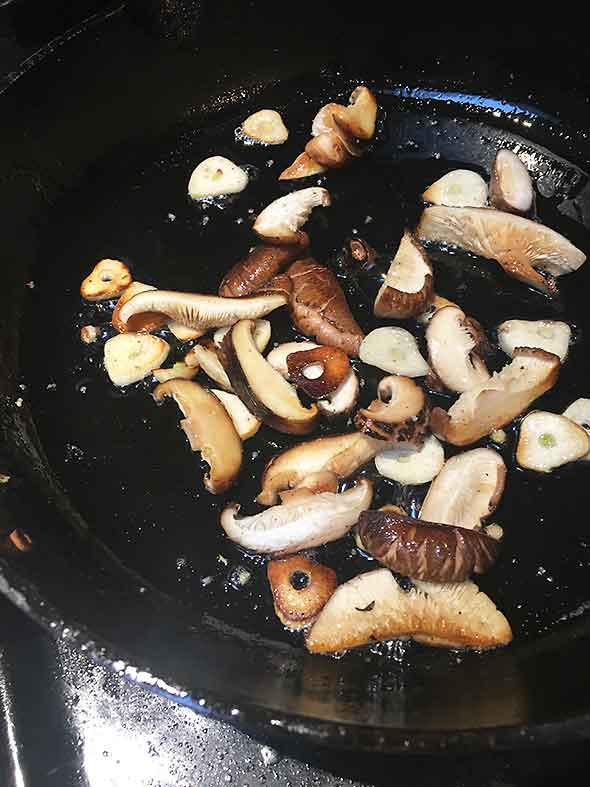 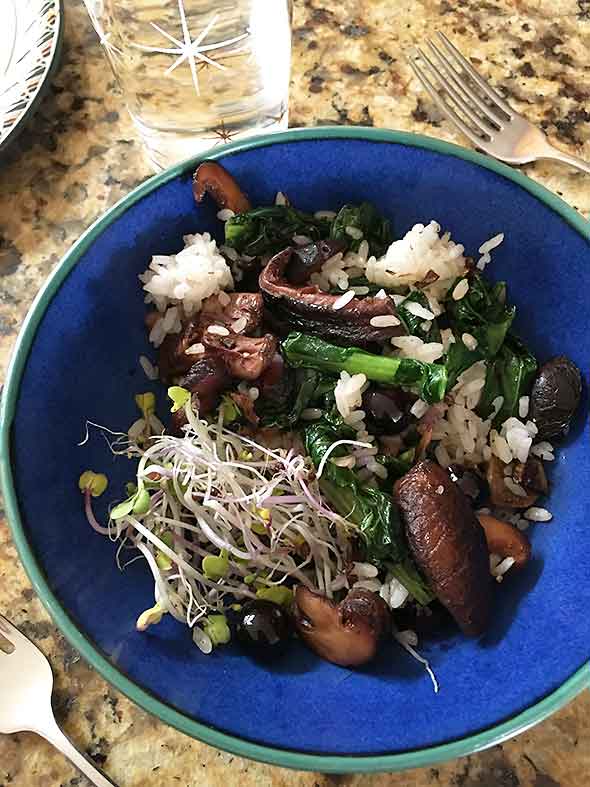 As wonderful as they are raw, I sauté my mushrooms. I cook them in olive oil infused with anchovy. My father Tom might not recognize the recipe but the method is in homage to him. When I was little, I would watch him slice several white button mushrooms and then stir fry them up in a heavy cast iron skillet. He’d season the shrooms with salt and sauté them in butter and worcestershire sauce. The aroma of that dish was probably the single biggest draw that drew me into cooking. The mushroom dish bloomed with the same deep savory bouquet of a country cut of meat but the vegetable could be rough cut by a child with a even a dull knife. It was my gateway to a flavorful destination. 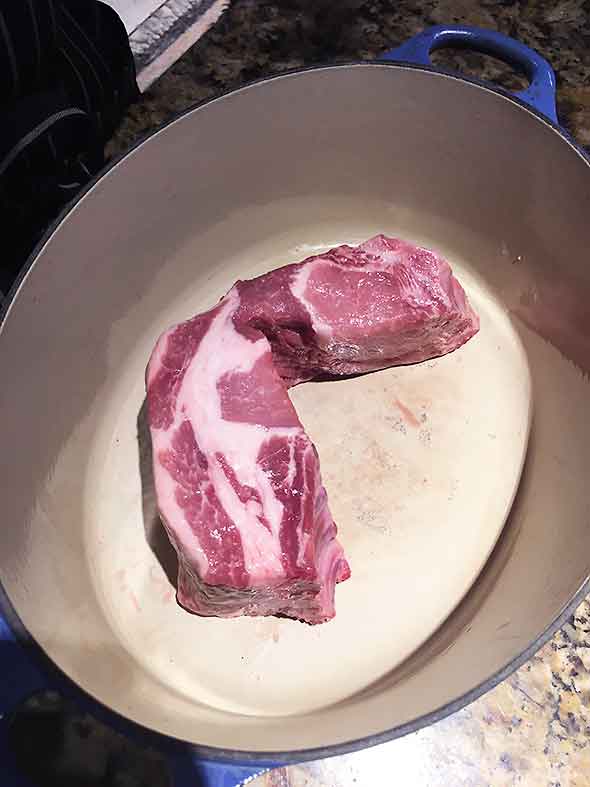 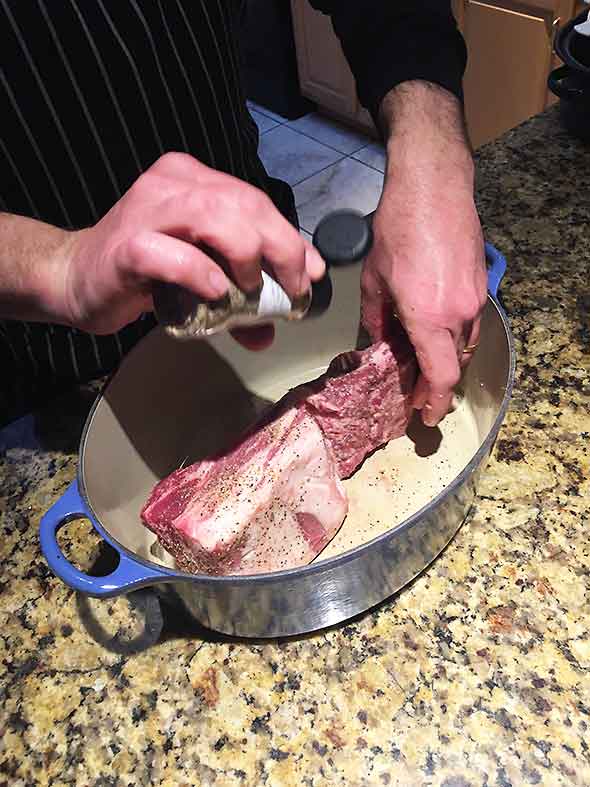 By the time I reached high school, I was already in charge of preparing london broil for the family. I favored a favorite recipe cards that arrived in my Betty Crocker collection. We turned to Betty Crocker again when we took delivery on cuts butchered from a pig raised on Moon Shadow Farm. 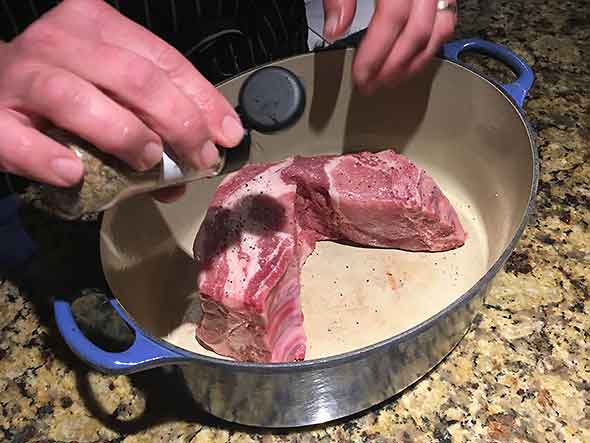 Among the cuts that we recognized…bacon, ham, pork shoulder, steaks, and chops…we had found something called a country pork rib. We looked at each other and shrugged. Perhaps we had eaten one before but we had never prepared one. 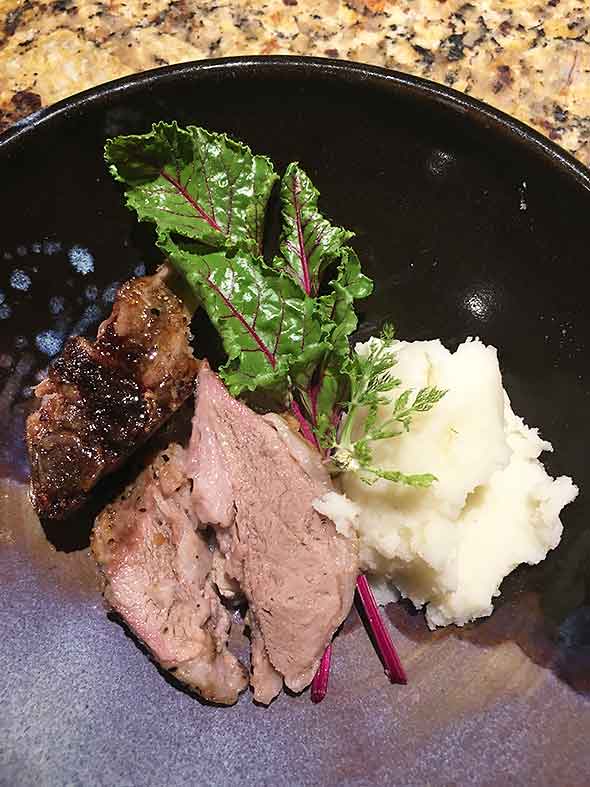 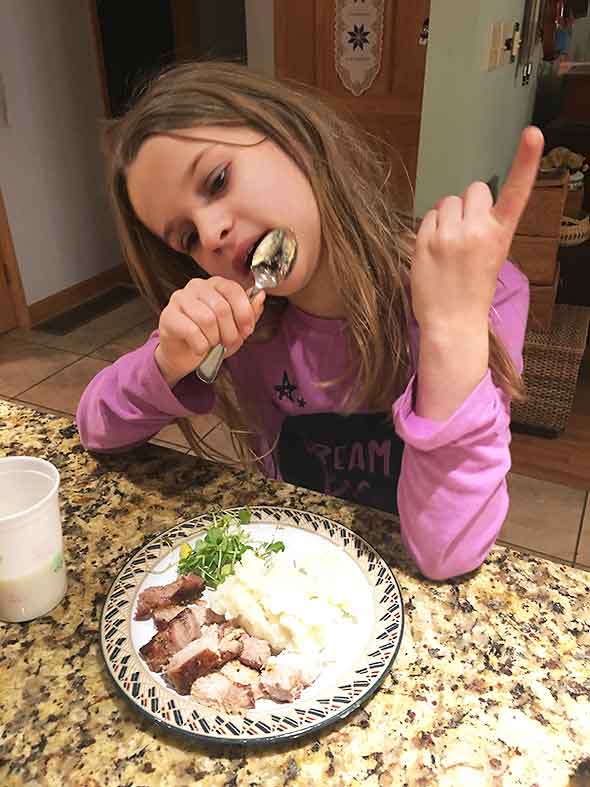 We consulted the Betty Crocker recipe book and got the oven temperature at plus the temperature range that to bring the pork slice. We set the oven to the recommended 350 degrees. Then we pulled out our enamel cast iron dutch oven to prepare the pork. We had a flavorful dry pork rub from farmers market vendor Weezy’s Garlic & Spices. Jeremy powdered the slab with the rub and massaged it into the marbled tissue. After a light coat of olive oil, we placed the meat in the oven and brought its core temperature up to 165 degrees.

For the family meal we paired the country pork rib with other local foods: micro greens, mashed potatoes, and a pan gravy from the rib’s own juices. Our kids hardily approved of the meal and consumed their portion with gusto. Their parents were similarly amazed and promised ourselves that we’d ask for that cut of meat by name at the next opportunity. The opportunity that we have within five miles…heck three miles…of our home is truly wonderful. These wonderful foods were produced in the community that they were consumed and…what is more…harvested in the very season that they were brought to the table.