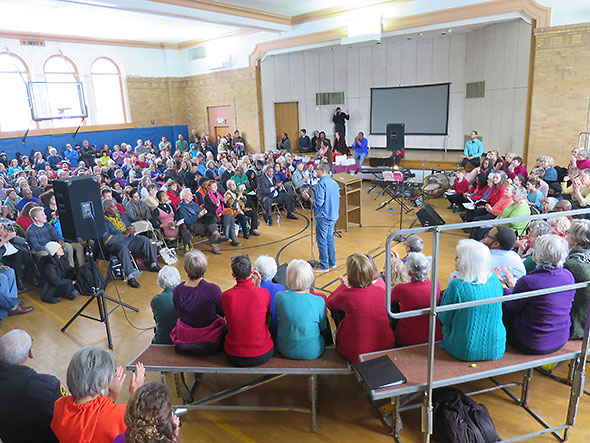 So much has happened in this week, it is good that it started with a call to service. 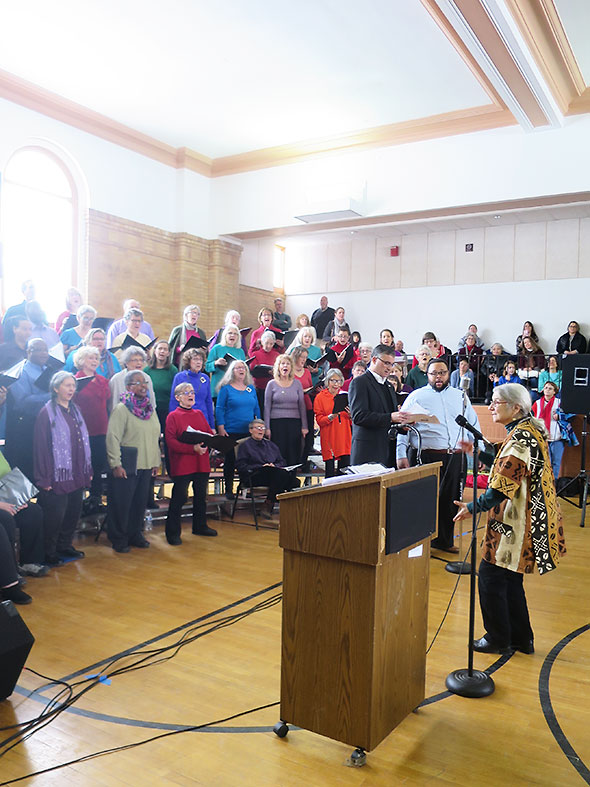 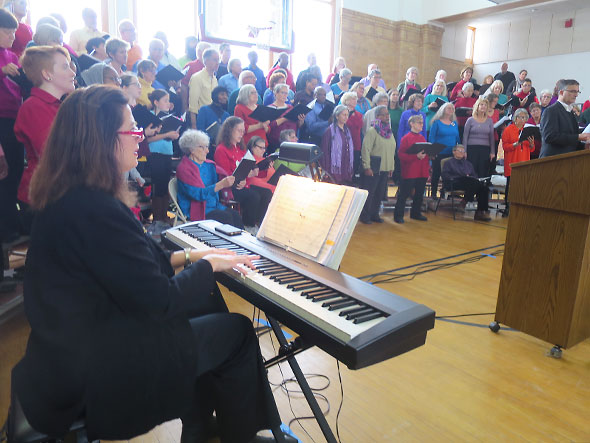 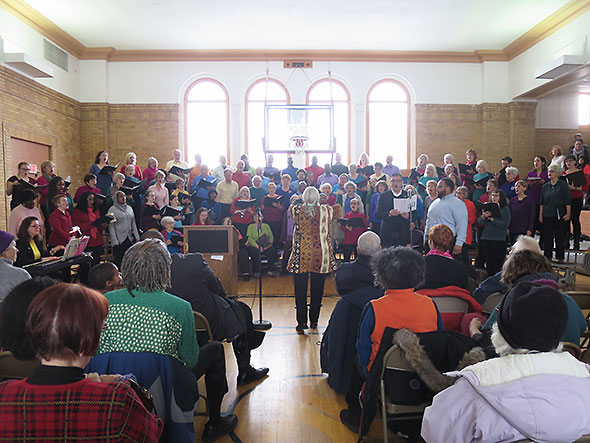 My call began early Monday morning. I urgently needed to finish the broccoli cheddar soup that I promised Locksley Orr for the community dinner immediately following the Martin Luther King Jr celebration. The night before I prepared the soup base from sautéed leeks, carrots, and sweet onion. Adding vegetable stock and cider to the aromatics, I reduced the molten medley down and set it in the refrigerator overnight. Waking up to a fluffy white morning, the family pulled out long johns and snow pants while I poured the soup base into a blender to puree.

While the blender whirled, I trimmed two broccoli heads down to marshmallow-sized bundles of florets. I tossed the severed heads on a half pan sheet and, after salting the waxy green vegetable and dosing it with olive oil, threw the broccoli in the oven to broil. A few minutes later the broccoli came out vivid green except for streaks of florets that seared black under the intense heat of the broiler. Into the churning blender, I poured heavy cream. If I stopped here, I would have a cream of leek soup…lovely to taste but a somewhat off yellow-green. Adding the roasted broccoli deepened the savory flavor and fixed the soup’s color to a bright apple green. 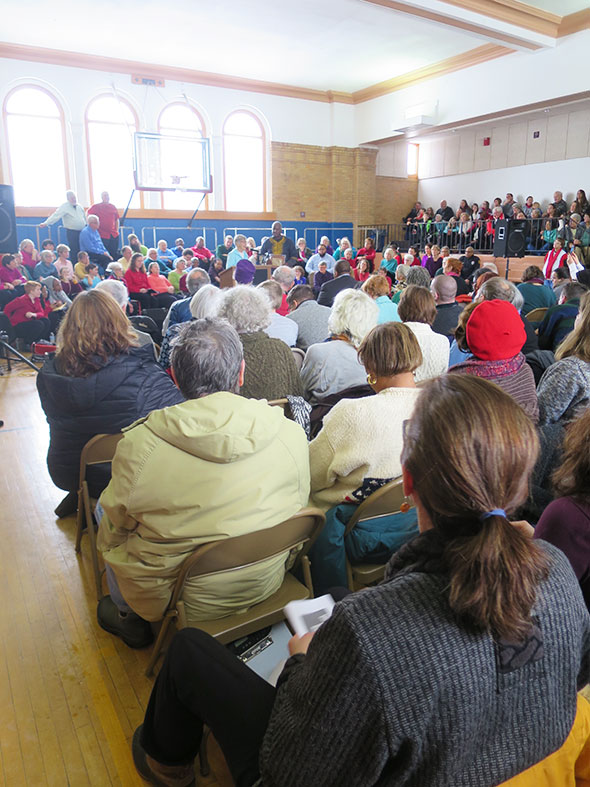 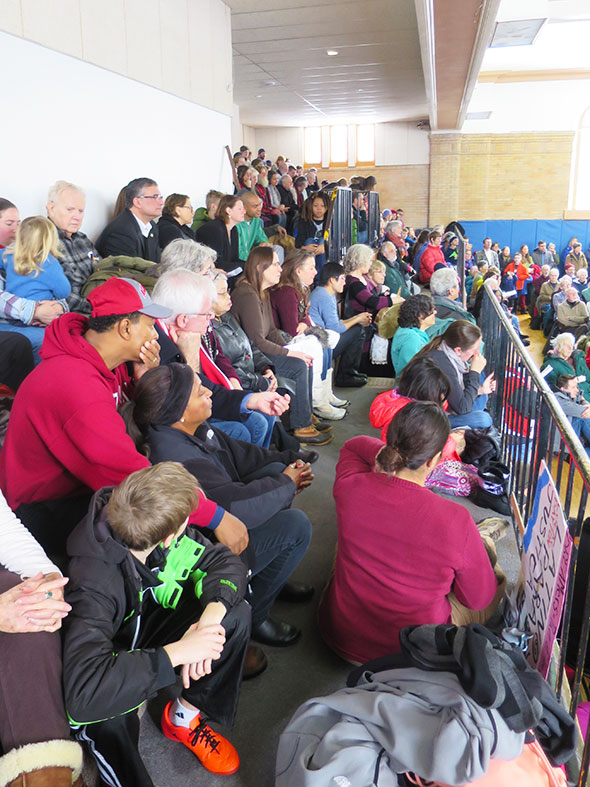 My family left well insulated for the start of the march while I finished the soup pouring it into the warmed crockpot. Delayed by a wayward ladle, I caught the march as it turned off Dayton Avenue into the John Bryan Community Center. My husband got the joy of carrying in our contribution to the meal and, as a family, we found a place to sit in the bleachers of the gymnasium. 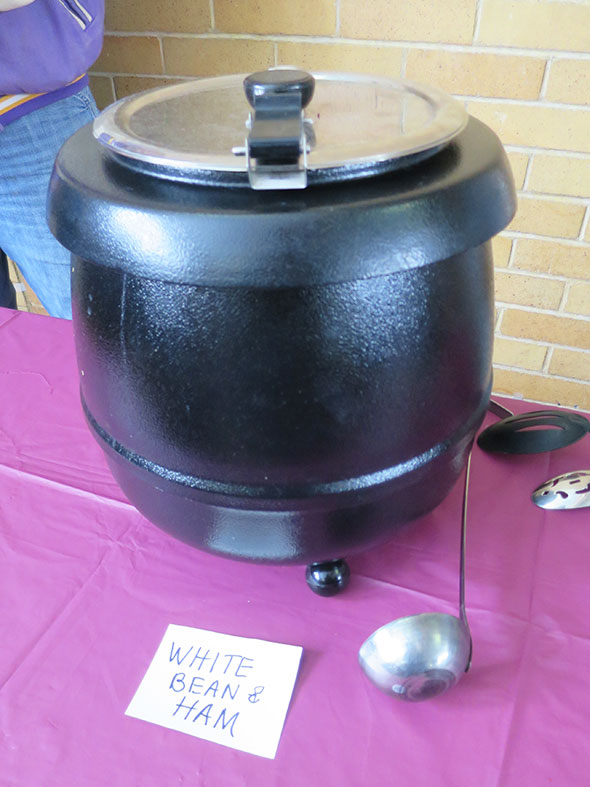 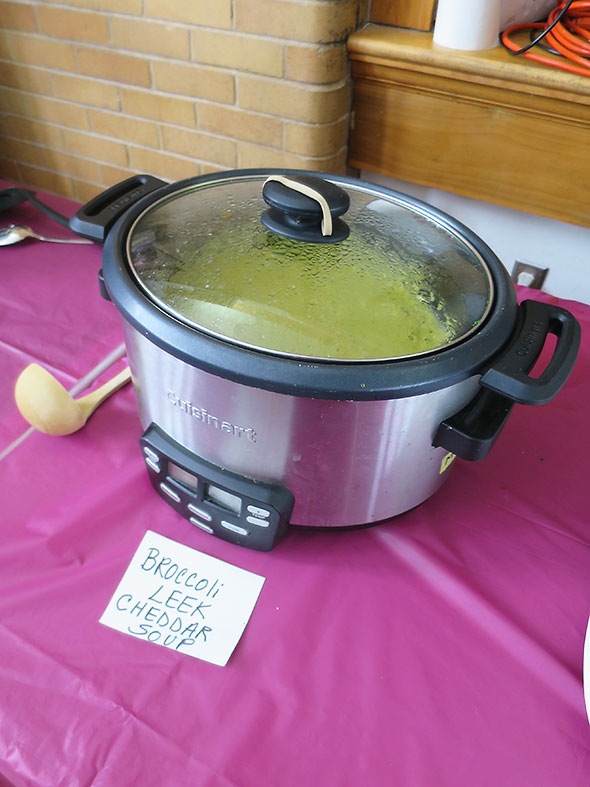 The room was full of people. From our perch, we could look over the shoulder of the alto section of the World House Choir. They stood, ready to sing out, as Bomani Moyenda welcomed us with humor and humanity. He introduced us to a program replete with call and response…first, the word written by Dr King from epicenter of the 1960s Civil Rights Movement; then, the response from Reverend William Randolph and Dr Paul Butler, Arnold Adoff and Jaime Adoff, Alexandria Montgomery and Carl Wendell Hines Jr, John Booth and Andree Bognar. 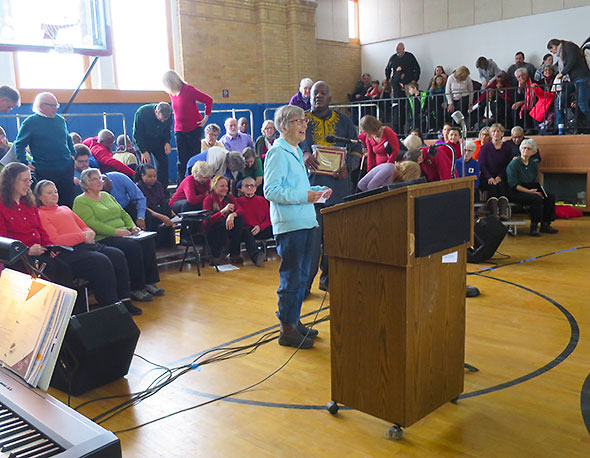 The message was clear…in prose, in poetry, in song…this is a time to reconnect with Dr King’s writing, with the standards he set for the movement, the vision he cast forward into the future.

This is the time to escape the echo chamber…to strip the facade off fake news and false idols. This year taught me the depth of my own complacency. Here, I heard the signal leading me out of that bottomless mine.

When I walked into John Bryan on Monday, I carried in soup. I carried out soul. You move me, people. You speak to me.