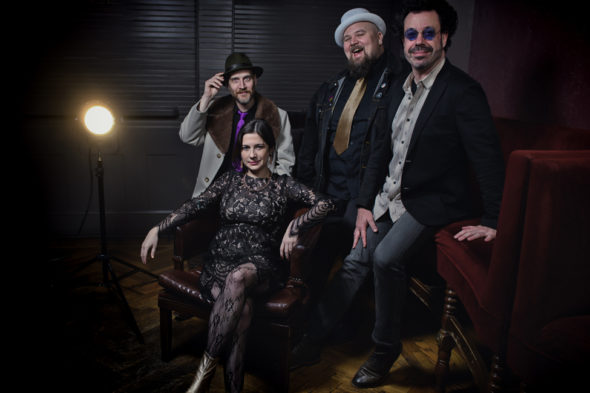 The band, which plays regularly at Emporium wine tastings, will perform three sets of what they call a “jazzy, bluesy, punky, indie, piano-powered sound.”

According to a News profile of the group last November:

“The Claudettes’ sound is focused on Iguana’s piano in various styles — blues, barrelhouse blues, boogie-woogie, New Orleans jazz and beyond. The strong combination of bass (Zach Verdoorn) and drums (Michael Caskey) recalls Ben Folds Five, Counterfeit Madison or even Joe Jackson, but it’s distinctly their own original recipe. Floating above are Berit Ulseth’s silky lead vocals, a recent addition to the band.

“The quartet recorded an “unplugged” album live in Iguana’s piano room in 2017, released a studio album “Dance Scandal at the Gymnasium!” in March of this year, and just recently finished recording their next album in Chicago with producer Ted Hutt, which will be out later in 2019.”