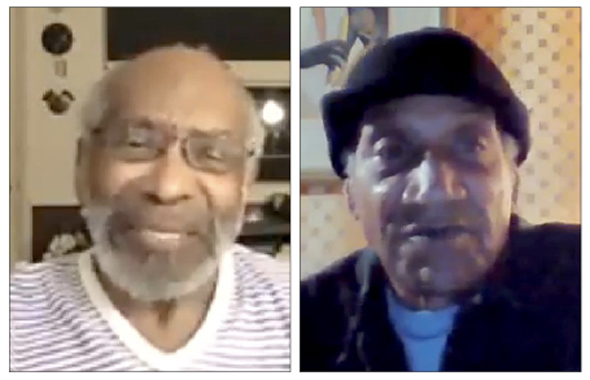 Longtime villager Paul Graham, left, and village native Phillip Lawson reflected on their experiences with racism and segregation during the “Elders Speak” virtual event on Oct. 28. The event was sponsored by The 365 Project.

Villagers Paul Graham and Phillip Lawson spoke about their experiences growing up and living in integrated communities in Dayton and Yellow Springs.