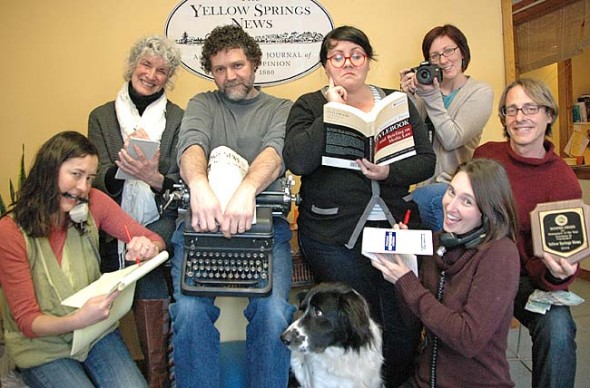 For the fourth year in a row, the Yellow Springs News won the top honor in its size category at the annual convention of the Ohio Newspaper Association, held Feb. 6 in Columbus. Governor John Kasich was a featured speaker.

The News won Paper of the Year award in its size category during the annual contest for weekly newspapers. The top award goes to the paper that wins the most individual awards, and the News won 14 awards out of 15 categories. The News won first and second out of three places in In-Depth reporting for two series that ran last year.  First place went to “Guns and the Village,” about local and regional responses to gun rights and gun control, a seven-part series written by Reporter Megan Bachman, Associate Editor Lauren Heaton, Editor Diane Chiddister and freelancer Chad Stiles. The second-place award went to “Comparing Two Waters,” by Bachman, a two-part series that compares the water system of Yellow Springs with that of Springfield.

See the Feb. 13 News for a more detailed story on the awards.