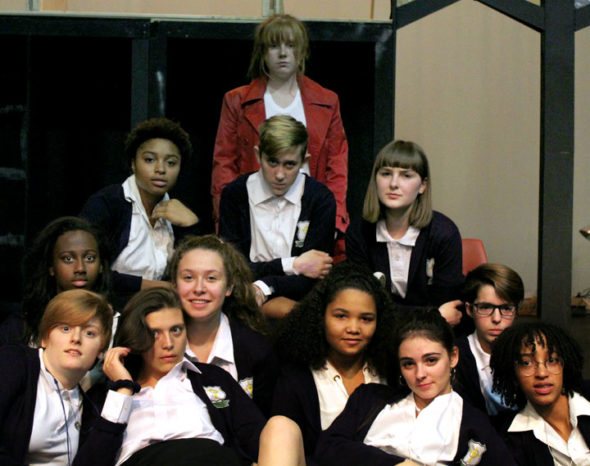 This fall’s YSHS/McKinney Bulldog Theater Festival productions of “Romeo and Juliet” and “Girls Like That” are headed to the Ohio Thespian Association state conference in March.

More than 1,500 young thespians from across Ohio will gather at the Akron School of the Arts for a weekend celebrating theater and theater education. At the conference, the cast of “Romeo and Juliet” will present a 45-minute version of their production; “Girls Like That,” by Evan Placey, will be one of the featured plays presented in its entirety over the three-day event.

According to director Lorrie Sparrow-Knapp this week, “students and staff are thrilled at the news as preparation starts for the event.”

“Girls Like That” is a no-holds-barred look at the cruelty inflicted on a teenager by her classmates via social media. “Romeo and Juliet,” Shakespeare’s familiar and timeless story of forbidden love and societal violence, was made especially pertinent for a new generation by featuring an interracial, same-sex romance. Both plays were performed earlier this month.