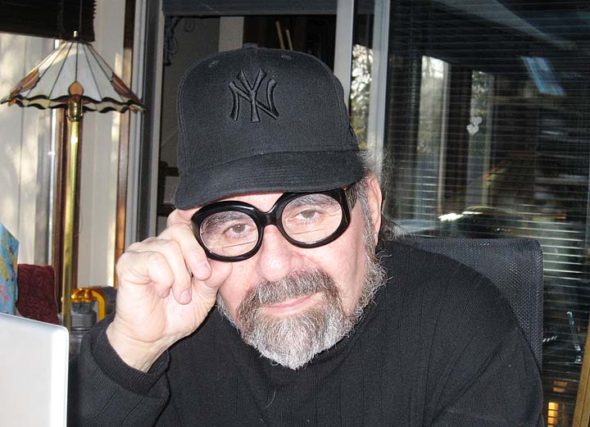 Author and poet Arnold Adoff moved to Yellow Springs in 1969, putting down roots in the hometown of his wife, celebrated children’s book author Virginia Hamilton, who passed away in 2002. Now nearing 82, Adoff is still writing and receiving strong reviews for his work, as well as enjoying life in Yellow Springs near his son, granddaughter and Hamilton’s extended family. (Submitted photo)

Arnold Adoff: A shared life and love of literature

Author and poet Arnold Adoff suggests that a more apt descriptor for the Yellow Springs News’ elders series might be “survivors series.”

At 81, and nearing 82, Adoff has faced — and survived — several health issues in recent years, including a hip replacement a year and a half ago. Even more significantly, he has survived the deaths of multiple friends and loved ones, including his wife and writing compatriot, Virginia Hamilton, who died of breast cancer in 2002.

Hamilton is ever-present as Adoff speaks about the course of his life. She is the reason he moved to Yellow Springs in 1969.

“She grew up here, in a house down on Dayton Street,” he said at the outset of a recent interview in the Union Street home they built together when they decided to put down stakes amidst Hamilton’s extended family.

Her family connections were rich and offered inspiration and grounding for Hamilton’s award-winning writing that drew on African-American experiences and stories. Adoff said that Hamilton’s grandfather, who had been born enslaved, lived across the street from Hamilton’s childhood home. “Virginia could just go across the street to play with him.”

Adoff, on the other hand, grew up in the Bronx, the child of immigrants from the Russian-Polish border whose family had been decimated by the Holocaust.

Adoff noted that one might think he and Hamilton made an unlikely couple: she, an African-American woman from a small town in the Midwest; he, a white Jew from an urban East Coast metropolis. In the 1950s, no less.

But their commonalities went deeper. For one, Adoff said, they both had the experience of not having to go very far back in their family trees to branches cut off and lost to horrific violence.
But the most bonding element was their shared dedication to writing, and their commitment to writing for children.

To become an author is what initially took Hamilton to New York City in the mid-1950s, where the couple met. It was a heady time, Adoff said. “You could roam the streets in Greenwich Village and you could go to clubs with little money.”

Adoff, a jazz aficionado, particularly reveled in the village’s musical offerings. While not a musician himself, he became part of the jazz scene, eventually befriending and for a time managing the career of bassist and composer Charles Mingus.

Adoff recalled how Hamilton and he began to cross paths -— at the parties of mutual friends, at jazz clubs, even on the street. “Eventually, I wormed my way into getting her phone number,” he said. “I had just fallen for her like a ton of bricks.”

After their first official date, they were inseparable, Adoff said. “We began our life together. That was 1958. We were married in 1960.”

As an interracial couple, “our marriage was illegal in 28 states,” he said. “In a sense we were pioneers, but we didn’t see it that way. We were just living our lives.”

It was easy to do in New York’s Greenwich Village, populated at the time by artists who didn’t necessarily have much money, but were serious about their work. Adoff took a job teaching history in Harlem while pursuing a literary life with Hamilton.

Living in New York became less easy, however, once the couple had children, the timing of which coincided with the city becoming a more crowded and less accommodating place to be in general. “The streets of New York were so clogged with people, you couldn’t push your kid in a stroller on Broadway.”
The two writers were also beginning to see some career success. Hamilton published her first book, “Zeely,” in 1967, and Adoff published “I Am the Darker Brother,” a collection of poems by African-American writers, in 1968. Hamilton’s “The House of Dies Drear” also came out in 1968.

They might have gone anywhere. They even considered becoming ex-patriots like writer Richard Wright. But the family decided to move to Hamilton’s hometown, a decision that for Adoff involved more than simple relocation.

“I was an NJBFB, a nice Jewish boy from the Bronx,” Adoff said. “I was raised in a Jewish middle-class family — not in the way of practicing religion, but in cultural background.”

In his mind, life west of the Hudson River was “a few Ameri-Indian outposts and Chicago.”

Through Hamilton’s Yellow Springs connections, they secured local contractor Bill Hooper, who died in 2011, to build a house on two acres of property belonging to Hamilton’s mother.

“It’s been our headquarters and our joy to live here,” Adoff said. “It’s not always a joy to be part of Yellow Springs,” he added, “but a joy. … This was our home base. We lived in a small town and we traveled all over the world.”

“That was our life — and we reared two kids.”

A girl and a boy — the elder, Leigh, is an operatic soprano based in Berlin, Germany, where she maintains a music studio. “She comes back to visit, but needs to be there.” And the younger, Jaime, teaches English at McKinney Middle School. Like his sister, he also studied music; and like his parents, has published several books for young people.

“My kids are far more talented than I am,” Adoff said.

“I can do one thing, which is write fine poetry,” he said. “And I can make a lot of noise politically, and I can grow wonderful tomatoes,” he added.

One political stance took the form of refusing an invitation to the White House during the elder Bush’s administration. Hamilton had a different take, however. “She said, ‘I’m going because it’s my house, too.’”

“I was on the Planning Commission in the early ‘70s and Virginia was on the Human Relations Council, so we were able to get involved in the village.” He said he grew frustrated with the Planning Commission, however, as he felt it did more “rubber stamping” than planning. He also took issue with the fact that all the Commission members were white. He pointed out the lack of diversity to Village Council and asked that he be removed and the vacancy be filled with a person of color. “To their credit, they did,” he said.

“Mostly there were always (writing) deadlines,” he said, which curtailed more active involvement in village life. Letters to the editor, and more recently, online communications, particularly through Facebook, have been his primary form of rabble rousing.

The family also had living “outposts” in New York City and Miami, which Adoff said he let go of after Hamilton’s death.

“After Virginia died in ’02, I decided I would spend the rest of my life here.”

It’s been a good life, he said. “We wrote and published more than 60 books from that time to today, because I still write and edit and publish. … I’m slowing down, but I’m still working and writing.” He also recently launched a new blog — poetandonewomanband.com.

Adoff is proud of Hamilton and his accomplishments. Both he and Hamilton have won multiple awards for their work, and after her death, the Library of Congress requested that Hamilton’s manuscripts become part of their collection. The 33rd annual Virginia Hamilton symposium at Kent State University, which includes the awarding of the Arnold Adoff poetry prize, just concluded earlier this month. He has received the Award for Excellence in Poetry for Children from the National Council of Teachers of English.

The prestigious Kirkus Review calls his most recent publication, “Roots and Blues,” “a moving meditation.”

Having developed a signature “shaped speech” writing style in his children’s poetry, where the rhythm of the words is combined with their shape on the page, Adoff said he and Hamilton both strove for “the arrogance of excellence.” Among his inspirations was e.e. cummings; hers was Faulkner. “I’m not a fan of self-expression. I’m a fan of excellence.”

Both endeavored to bring faces and voices of color to the printed page. “The struggle continues,” he said.

Less mobile these days — using a walker after a recent fall — Adoff said he keeps up with village conversations through his son, visitors and local websites.

The cost of village life is of particular concern. “It’s very disturbing to me that utility bills are so high that people can’t afford to live here,” he said. It’s troubling to see that some residents need such help that the $10 Club is necessary to keep their power on, and “you still have to raise money to get people winter coats.”

“It’s a town that has struggled with a long history of racism and racial difficulties,” he said. He questions why he, a writer without a steady source of income could get a mortgage loan for $50,000, but the A.M.E. church had to go out of town for similar financing.

At the same time, “the town is full of unique individuals and artists. They’re doing work on a national level.”

He said Yellow Springs also offered a good place for his children to grow up, not only to be among extended family, but for the wider community as well. “Foundations were laid in this town. Ninety-nine percent of the time, there is a wonderful sense of ethics, morality and empathy.”

Son Jaime said that his father may be irascible at times, but everyone who meets him loves him. And his father knows what he’s talking about. “He has a background in history, so when he rabble-rouses, it comes from the position of knowledge.”

What’s more, he has “amazing” resilience, Jaime said. “Nothing can knock him down.”

Staying in Yellow Springs was the right decision, Adoff said. “I couldn’t see myself growing old in New York City or Miami, as my parents did — Miami is known as God’s waiting room.” And New York would have been difficult to navigate alone, he added.

Besides his son, he also has a granddaughter here, as well as extended members of the Hamilton family.
“I married into this family and this way of life and these values.”